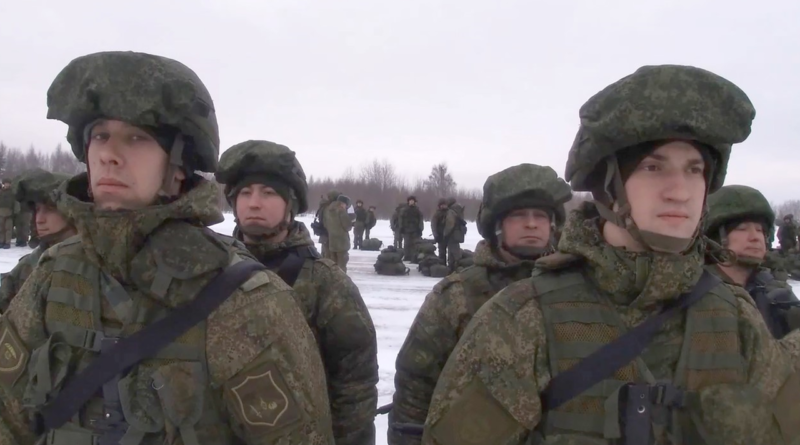 Would-be Ukraine peace mediators in the last 48 hours, including PM Naftali Bennett, were impressed by President Vladimir Putin’s determination to press on with the Ukraine war until his purpose is achieved. He was reported laying the groundwork for mass mobilization and conscription – even martial law, if necessary – to reinforce his military effort, which is still short of its objectives after 12 days of fighting.

On the battlefield, while shelling targeted Ukraine towns, the Russian army has slowed its advance to regroup and take on more manpower, fuel, ammo and other supplies. They are gearing up for the next round of assaults to take Kyiv, Kharkiv and Mikolayiv. The Ukraine General Command reports a large Russian force massing west of Khrakiv – apparently ready for a broad southwestern drive towards the Dnieper River.

According to earlier reports, Moscow has recruited and deployed Syrian fighters with urban combat expertise to help take Kyiv and crush resistance.

On Sunday, Russian missile strikes destroyed the international port of Vinnytsia near Uman, a potential point of entry for military aid to Ukraine.

Putin for now appears to be intent on winning the war he launched on Ukraine and is not demonstrating any willingness to de-escalate hostilities or consider terms that would be acceptable to the West or Ukraine. Still, a Russian delegation took off for Belarus Monday, March 7, for a third round of talks with a Ukrainian delegation.

The Biden administration is seriously considering slamming Russia with an all-out oil embargo to starve Putin’s war effort and further isolate him. Brent again peaked to $139 the barrel – a jump of almost $40 since the Feb. 24 invasion and the highest since 2008.

But first supplies must be secured for the world market, Secretary of State Antony Blinken told a CNN interviewer. To this end, President Joe Biden is considering deals with such oil-rich foes of Washington as Venezuela’s Nicalos Maduras – or even Saudi Crown Prince Muhammed bin Sultan, who has been systematically shunned by the Biden administration after being accused of the capture and murder of Jamal Khashoggi.