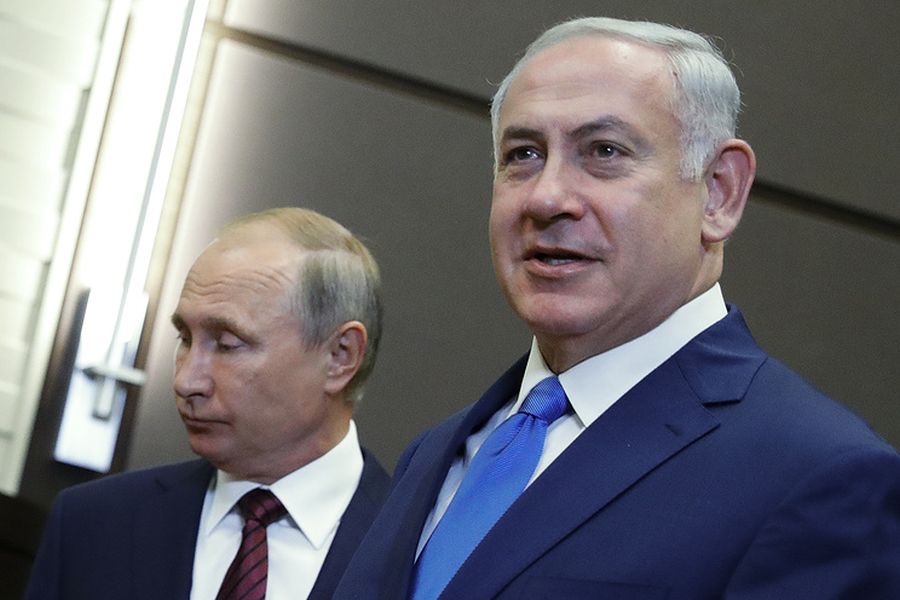 Gen. Sergey Shoigu had no sooner flown out of Israel on Wednesday, Oct. 18, than Iranian and Syrian army chiefs talked in Damascus, and Netanyahu was on the phone to Putin.

Russian President Vladimir Putin held a telephone conversation with Israeli Prime Minister Binyamin Netanyahu, the Kremlin press service said in a statement, Wednesday. “There was a thorough discussion of ways to resolve the Syrian crisis, the situation surrounding Iran’s nuclear program and the results of the referendum in Iraqi Kurdistan,” the statement read.

DEBKAfile’s sources report that Netanyahu made the call after Russian Defense Minister Gen. Sergey Shoigu, during his two days of talks with Israel’s government and military heads, showed no inclination to answer Israel’s questions on those pressing topics.
The Russian general quickly grasped that his visit to Israel was strongly disapproved in Damascus and Tehran and both had taken action to disrupt it – first by shooting an SA-5 missile at Israeli aircraft over Lebanon, and then with the unscheduled trip made by the Iranian Chief of Staff, Maj. Gen Mohammad Bagheri to Damascus for talks with his Syrian counterpart Gen. Ali Abdullah Ayoub.
Those moves were meant to warn the Russian minister that the Israeli enemy must not be allowed to attack targets in Syria whenever it sees fit, and it was up to him to stand up for Iranian and Syrian interests in his talks in Tel Aviv and not give in to Israeli pressure.
To avoid falling into this trap, the Russian minister told his Israeli hosts that his visit was only intended to make the acquaintance of professional colleagues in Israel and had no political agenda. He is reported to have elegantly dodged Israeli questions, indicating that they should be addressed to the Kremlin.

Netanyahu accordingly picked up the phone to the Kremlin as soon as Gen. Shoigu flew out and held a thorough discussion with President Vladimir Putin, which, say our sources, centered on the situation in Iraqi Kurdistan.

While the Kremlin statement referred to “the referendum in Iraqi Kurdistan” as the theme, the two leaders in fact went over the ramifications of Iran’s great victory in Kirkuk and its impact on Kurdistan.

They both understood that not only the United States, but also Russia and Israel had suffered a grave strategic setback when the pro-Iranian Shiite militias, commanded by the Revolutionary Guards General Qassem Soleimani, drove the Kurdish Peshmerga into panicky retreat from a string of Kurdish-ruled towns.
The unforeseen consequence is alarming: Iran has entrenched itself in a key region of Iraq, on top of its military control of the Iraqi-Syrian border.

Moscow, like Israel, has no wish to seen Iran expanding its foothold into Iraq as well as Syria. Russia is especially touchy about Kurdistan’s losses, after making a large investment in the KRG’s oil and gas industries.

DEBKAfile’s exclusive military sources report another event Wednesday which may or may not be relevant to the Kurdistan debacle.

On Tuesday, the Russian command in Syria ordered the Hizballah-led forces which captured the eastern town of Mayadin from the Islamic State to halt its eastward advance towards the Syrian-Iraqi border.

There is no information on the reason for this order, whether it was at Israel’s request or under an Israeli threat to intervene against a further Hizballah advance. Certainly, Putin has an interest in relieving Irbil of pressure before it breaks down.

Israel has discovered in recent months that there is no one in Washington willing or able to discuss crises of this sort, and has therefore turned again to Moscow.