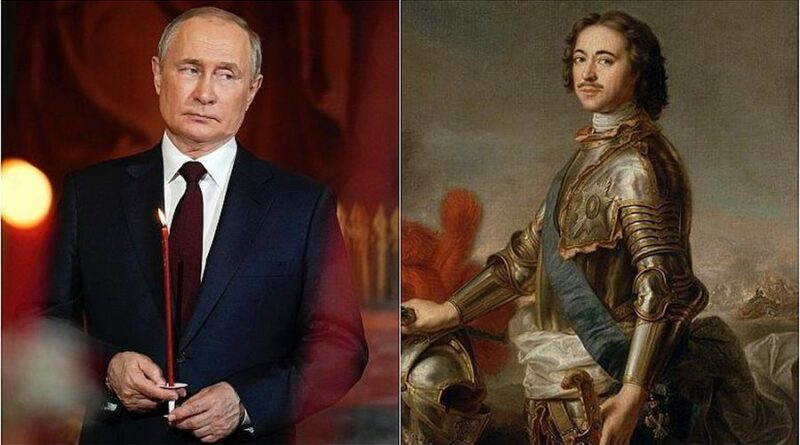 Russian President Vladimir drew an ominous analogy to himself and his Ukraine aggression with his latest comment. “Peter the Great waged the great northern war for 21 years,” he said during a visit to a memorial exhibition for the 18rh century czar on Thursday, June 9. Further clarifying the similarity to the 1725-1682 war, he added “It would seem that he was at war with Sweden, taking something from them. He did not take anything from them, he returned what was Russia’s.”

Driving the message home, Putin went on to say: “Apparently it is also our lot to return what is Russia’s and strengthen the country. And we proceed from the fact that these basic values form the basis of our existence, we will certainly succeed in solving the tasks that we face.”

Putin started out by defining Russia’s Ukraine expedition on Feb. 24 as a “military operation” against a “new-Nazi regime.” His latest comment reveals a far more ambitious, wide-ranging and dangerous purpose that threatens to terminate the comparative peace to which post-WWII Europe had been dedicated. Putin the Great sounds prepared to wage long-running armed conflicts – all for the purpose of recovering once-occupied Russian territory and claiming lands with Russian-speaking populations. The lands coming under those headings include Belarus, Caucasian and Central Asian nations and parts of the Baltic states of Latvia, Estonia, Lithuania and Moldova.

The Russian president frequently alludes selectively to historic events to justify his actions. At the same time, he accuses the communist revolution’s founder Vladimir Lenin of handing the Russian-speaking regions to Ukraine and so creating that country. Putin’s many critics dismiss his selective misuse of history in the service of his policies. Peter the Great, they emphasized, opened many windows to Europe, while Putin is closing them.