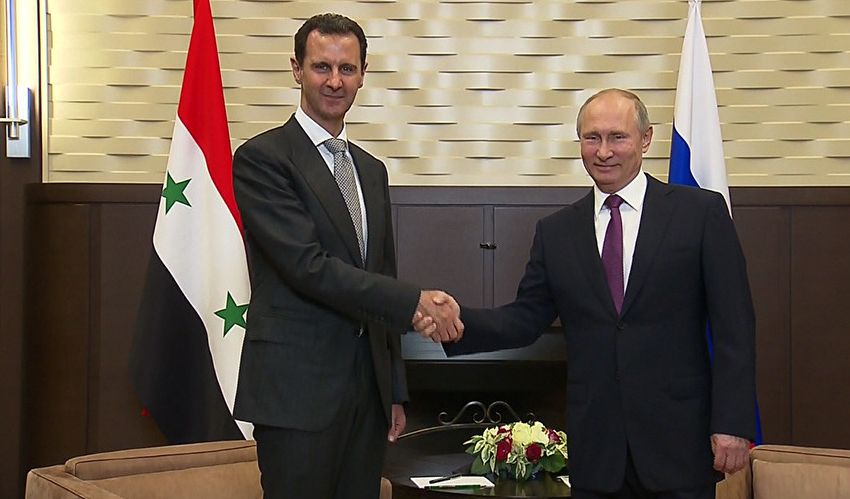 President Vladimir Putin and Syria’s Bashar Assad agreed in Sochi on Monday, Nov. 20, to start addressing Syria’s political situation now that the “terrorists” are defeated and the war is drawing to a close.
Putin insisted that diplomacy for a Syrian post-war settlement should go forward under UN aegis. Assad replied that he hoped for “Russia’s help in ensuring that the Syrians themselves lead the process, with help from outside, but not ‘interference.’”

The Syrian ruler would accept an external UN frame, but is clearly opposed to any outside attempts by the UN or anyone else to interfere in the country’s internal political dialogue or try to impose solutions on the parties.
That much is evident from the official accounts of the Sochi meeting. Its real content may be quite different. It stands to reason that Putin leaned hard on his guest to make sure that Assad toed the Moscow line.

The Russian president then announced he would be spending the next day in telephone consultations on Syria’s future with US President Donald Trump and a number of Middle East leaders. Word on what transpired at the Sochi interview and in those phone calls will most likely emerge in reports from Moscow and Damascus in the coming days.
Meanwhile, DEBKAfile’s Middle East and Russian sources fill in some of the context:

On Wednesday, Nov. 22, the next steps in Syria will be discussed at a meeting of Russian, Turkish and Iranian leaders. (It is not yet clear if attendance will be at head-of-state or foreign ministerial level). Syria will not be present. Therefore, this trilateral forum will be in charge.

On the same day, Saudi Arabia has scheduled a meeting of Syrian opposition leaders in Riyadh.

A week hence, on Nov. 28, the UN-sponsored conference on the Syria crisis convenes in Geneva in which the US has a major stake..