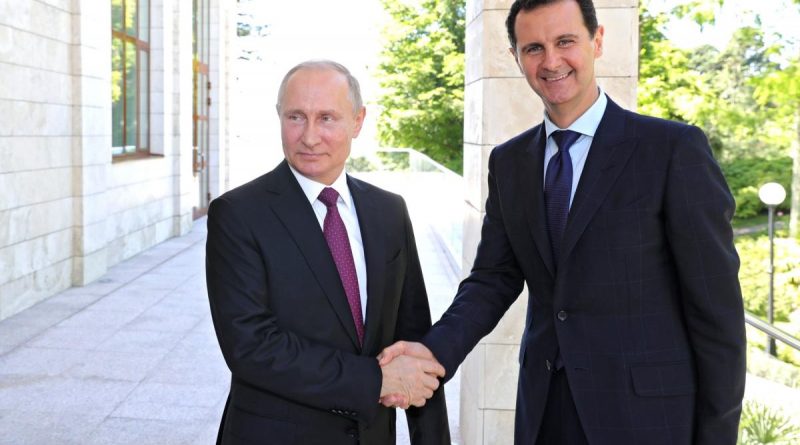 Moscow has visibly cooled to the Syrian president Bashar Assad after Russian military intervention in 2015 saved his regime from the Syrian revolt. At issue is more than the Syrian ruler’s stiff-necked refusal to give an inch to the opposition for charting his country’s post-war future under the Russian aegis – or even a lack of gratitude for his savior. DEBKAfile’s Mid-East sources report that, for President Vladimir Putin, the time has come to cash in on that intervention. Since the Syrian dictator is proving to be immovable, Putin is burrowing under and around him to claim the plum economic and strategic assets which he believes he has earned with just 25 Russian warplanes based in Latakia that reversed the tide of war in favor of the army fighting ineffectively for the Assad regime.

Putin is preparing the way with military inroads on Assad’s forces. In the south, Russia is enlisting the rebel militias once sponsored by Israel and barring their road to enlisting with the government army. The powerful Jebel Druze tribes, in particular, were dissuaded from throwing in their lot with government forces and told to stay “neutral.” Russian “agents” are also being put in place in Assad’s military elite and intelligence.

The Syrian ruler is meanwhile being strongly “advised” not to hand out valuable concessions to his Allawite kinsmen, cronies or the Iranians – or intercede against the claims of Russian companies and oligarchs for prize concessions. The Iranians are “no longer partners,” Moscow stresses.
For starters, Putin plans to award the phosphates concession to Yevgeny Prigozhin, who owns the Russian mercenary group called Wagner which operates in Syria and Libya;  and Syria’s petrochemical industry and the Tartus port authority to Gennady Timchenko, formerly of Gazprom, whose many interests include a gas company called Novatek and a petrochemical company called Sibur Holding. Both are members of Putin’s close circle.