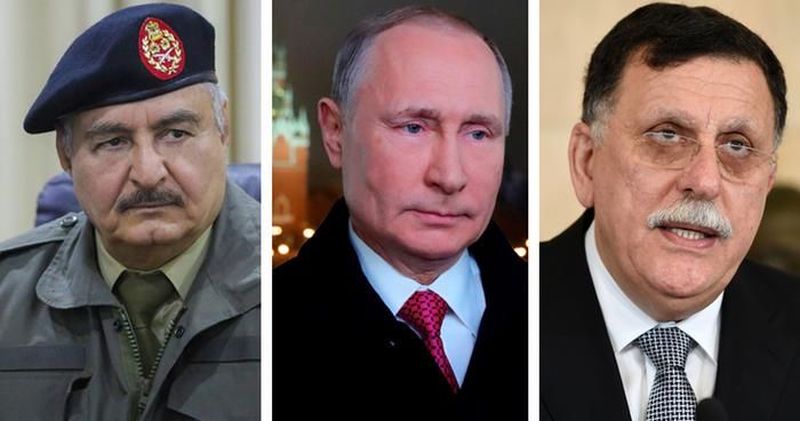 On his road to Damascus on Jan. 7, Russian President Vladimir Putin would have needed more than an epiphany to pull off his next Middle East scheme. In the first place, it depended on bringing the region’s leading rogues under his hand. And then, even this master conjurer could not hope to successfully juggle Syrian oranges with Libyan apples.

What Putin was after was a high-wire, multifaceted arrangement for Turkey and Iran to support Russian policy in Syria, coupled with a Russian-Turkish deal for Libya. The deal would also aim to limit US expansion in northeastern Syria and its oil fields. Turkey’s reward would be the withdrawal of the Russian mercenaries fightingfor Gen. Khalifa Haftar’s Libyan National Army (LNA) from his battle to wrest Tripoli from the Turkish-backed Government of National Accord (GNA).

DEBKA Weekly’s sources report that Putin went to Damascus last week to make sure that the Syrian ruler did not set obstacles in his path.e kep The Syrian factor was easily kept in place. President Bashar Assad obeyed Putin when, instead of his coming to the palace in Damascus as required by protocol, he summarily ordered Assad to join him at Russian military headquarters. When Assad arrived, he found his own top generals concluding deals with their Russian counterparts without consulting him and was made to feel like a Russian vassal.

He therefore had little choice but to nod when the Russian ruler asked him to send his senior adviser on intelligence Ali al-Mamlouk to Moscow last weekend to meet the Turkish MIT intelligence agency chief Hakan Fedan to go through the details of Putin’s complicated scheme.

But then the spiraling military tension between the US and Iran got in the way by affecting Syria as well as Iraq. How far Tehran could be expected to play ball with Russia or Turkey in Syria was now a conundrum. According to our sources, Iran’s leaders took fright, fearful that the Russians would us the US-Iranian clash to throw Iran out of Syria.

Putin hoped meanwhile that the joint Russian-Turkish ceasefire initiative for Libya supposed to have gone into effect on Saturday, Jan. 12, would act as the go signal for his plans. But Turkish President Recep Erdogan demanded a lot more than a fragile symbolic truce in Libya. For Ankara’s cooperation, he wanted the Russians to persuade Syria’s Kurds to go against their fellows in the Turkish separatist PKK group fighting Ankara’s forces in northern Syria with US military and financial support. So long as the Turks were not assured that the Syrian Kurds had broken their ties with the PKK, under a Russian guarantee, Erdogan refused to come aboard the Russian plan for Syria.

His refusal unraveled Putin’s plan for Libya. Strongman Khalifa Haftar left Moscow on Tuesday, Jan. 14, without signing the ceasefire agreement promoted by Russia and Turkey for ending nine months of fighting. His exit doomed Putin’s dual plan, although the Russian leader insisted he would continue his efforts at mediation between Haftar and the Tripoli government. The Libyan general may have decided to wash his hands of the Russian president’s complicated scheme for mixing the Syrian conflict in with his own complicated troubles. Maybe his other backers, Egypt and the United Arab Emirates, tipped him off about Putin’s schemes. At all events, Putin’s over-ambitious plan for lining up too many Middle East nations behind him remains stalled.