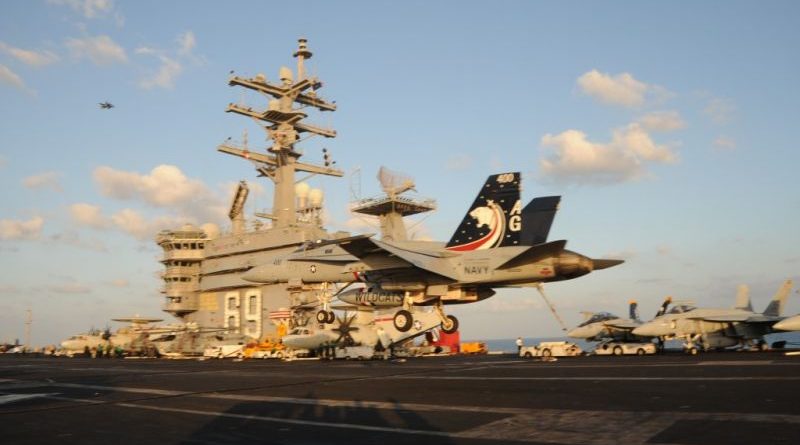 On Sunday, March 1, the Turkish president allowed that this was the purpose of his visit to Moscow on Thursday to meet President Vladimir Putin. “I hope that Putin will take the necessary measures there, such as a ceasefire,” he said on Monday, “and that we will find a solution to this affair.”

He was smarting from a brutal debacle suffered on Thursday, Feb. 27 by a Turkish mechanized infantry battalion of about 400 soldiers on the road between Balyoun and Al Bara south of Idlib City. Two light Syrian jets hit the battalion convoy, after which Russian planes hammered the vehicles, forcing the soldiers to flee for shelter in nearby buildings. The Russian jets then unleashed laser-guided bunker-busting bombs that smashed the buildings and buried the Turkish troops. A least 60 were injured. While the official death toll was 36, it was likely closer to 50; some witnesses said they counted 100 Turkish bodies being pulled out of the rubble.

Russia denied involvement in the attack, claiming rather to have responded to a Turkish alert and halted a Syrian assault. But Turkey’s defense minister Hulusi Akar said the violence continued after this alert and even ambulances removing the casualties came under fire.

Then on Sunday, Akar announced that Ankara had launched a full-scale military operation against Assad regime forces. It was “not aimed at a face-off with Russia,” he insisted, only to stop the Syrian government’s “massacres… and displacement of civilians.”

Erdogan then boasted that Turkish forces had already put the Syrian government’s Nayrab military airport east of Aleppo out of action. “We don’t need anybody’s support,” he claimed with typical bravado. “We will continue operations on our own.”

However, DEBKA Weekly’s military and intelligence sources report that the Turkish president’s fine talk has little resemblance to what is happening. The painful lesson inflicted on his troops was Putin’s way of drawing clear boundaries on Ankara’s military intervention in the embattled province.

To achieve this, he took a leaf out of an American book. Two years ago, US fighter jets drew a strong line against Russian mercenaries’ incursions into eastern Syria by bombing them as they crossed the River Euphrates near Deir Ez-Zour. In that raid, around 100 Russian officers were killed and 200 injured. Since then, no Russian backed military element has ever tried again to cross the river.

Turkey backs certain radical groups in Syria’s last rebel-held stronghold. Since December, thousands of Turkish soldiers have crossed into Idlib to support those groups as they were forced back by a Russian-backed Assad-regime operation to recover control of the province. The ferocious fighting has sent nearly a million refugees fleeing towards the closed Turkish border.

However, in the last few days, the Turkish army had to pull in its horns for lack of air cover against Russian and Syrian air assaults. Erdogan had to be content with picking off the odd Syrian plane and bringing down a Syrian helicopter or two.

The Turkish president’s ambitious military forays for control in northern Syria as well as Libya have by now led him to the verge of a military confrontation with the Russian army on two active Middle East fronts. The United States, on the one hand, and Iran, on the other, are closely following the dispute before deciding where its interests lie, as we show in the next item in this issue.