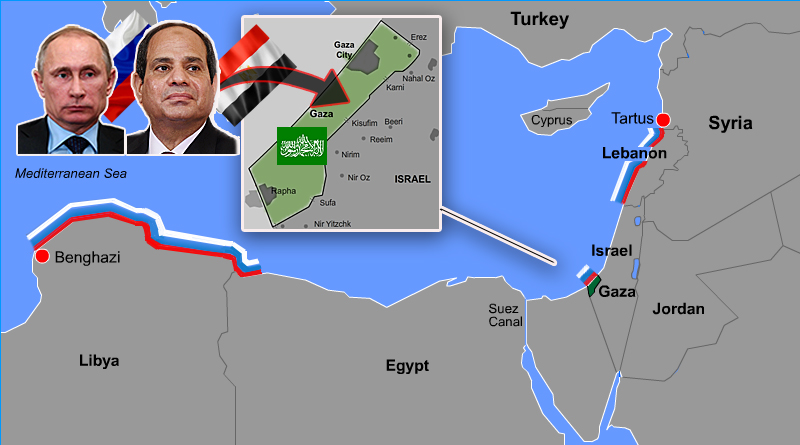 On Monday, Oct. 2, Israel will have to decide whether to allow the Palestinian Authority’s Prime Minister Rami Hamdalah and a large retinue of high officials and security officers to enter the Gaza Strip through the Erez Crossing. They are due to attend the first joint cabinet meeting of Hamas and Palestinian Authority officials to take place in ten years, ever since a violent Hamas coup booted the PA and its Fatah leaders out of the Gaza Strip.

Israel’s consent to facilitate this event would not be a mere formality. It would implicitly commit Israel to going back to the long failed negotiations for granting the Palestinians a corridor running through southern Israel to link the West Bank and the Gaza Strip.

If the Palestinian delegation from Ramallah is denied permission to use Erez, they can still travel to Gaza through Jordan and Egypt and enter the enclave through the Egyptian-controlled Rafah crossing. So, whether Israel likes it or not, the Palestinian cabinet will hold its first joint meeting next Monday and so formalize the transfer of Gaza’s government administration from Hamas to the Palestinian Authority and Mahmoud Abbas’ Fatah.

So far, Israel has had nothing to say about this event – possibly in the belief that it will come to naught , like all past Palestinian attempts to bury the hatchet between the two factions..

Prime Minister Binyamin Netanyahu may also have agreed to stand aside, when he sat down at UN Center in New York last week with Egyptian President Abdel-Fatteh El-Sisi, who is choreographing the effort to restore Palestinian Authority rule to the Gaza Strip.

DEBKA Weekly’s Middle East sources note that El-Sisi is not acting on his own. Flanking him on either side are Russian President Vladimir Putin and Saudi Arabian King Salman bin Abdulaziz.

Putin, while still chasing down his Syrian “peace initiative,” is also going after another prize: a foothold in the Gaza Strip. This Palestinian enclave fits in with his vision of Russian strategic influence circling around the Mediterranean coastline from Syria in the north, through Gaza, Egypt and Libya and on to Tunisia and possibly even Morocco to the west. (See a separate article on this.)

To bring this scheme forward, the Russian leader is working with the Egyptian president on their first steps:

None of the parties to this plan are under any illusions about a quick fix. They understand they face umpteen obstacles at every turn. The first was already dumped in their path by Hamas. No sooner had its negotiators arrived in Cairo and Moscow, when they stipulated that, before agreeing to the handover of Gaza Strip rule, they must be assured of a six-month timeline for Palestinian presidential and parliamentary elections to take place in March 2018.

Since a Hamas victory is a foregone conclusion, judging by the most recent opinion polls, the transition of Gaza government out of Hamas hands would go into reverse in a matter of months. Indeed, a majority of the Palestinian electorate would vote for the Hamas leader Ismail Haniya to move into the presidential seat in Ramallah, not just Gaza, so ousting Mahmoud Abbas and stepping into his shoes.

Furthermore, the military aspect – the most troubling for Israel and, possibly, the United States too – has gone by the board in the steps taken so far. Neither Russia nor Egypt has required Hamas to repudiate its overriding commitment to terrorism, or disband its military arm, the Ezz e-Din al-Qassam. Allowing Hamas to retain its terrorist agenda and armed capacity for violence would permit their integration in the newborn unified Palestinian government. Hamas would then retain its autonomy as a military and terrorist power.

The Netanyahu government’s silence over this prospect is hard to explain, especially when its military and security forces have their hands full keeping up with and intercepting Hamas terrorist plots against Israelis in all parts of the country.