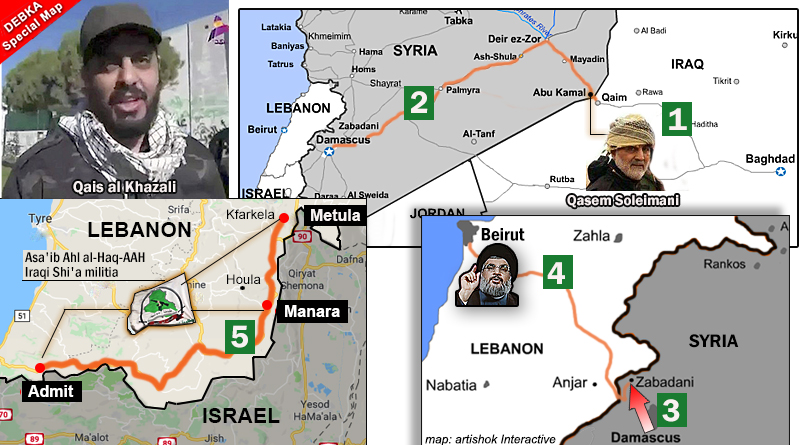 The mission that Iranian Revolutionary Guards Al Qods chief, Gen. Qassem Soleini entrusted to  Khazali and his militia, Asaib Ahl al-Haq (the League of Believers), embodies Iran’s success in gaining its great ambition of an overland corridor under its control through Iraq up to the Mediterranean coast. In line with that mission, the militia chief was guided along the Lebanese-Israeli border on Dec. 2, for a sight at close hand Israel’s border towns from Admit in the west to Metullah in the east. He needed this information in order to mark out the military positions he would assign to his Khalazi network at Tehran’s behest.
This event most of all highlighted American and Israeli inertia in letting Iran consummate its prime strategic goal of opening up new fronts against Israel from Lebanon and the Syrian Golan. They are to be manned not just by Hizballah, but by many thousands of battle-hardened Iraqi militiamen devoted to Tehran, as the Khazali odyssey has revealed.

DEBKAfile’s military and intelligence sources tracked his itinerary from the crossing into Syria from Iraq on Thursday, Nov. 30. His first stop was at Soleimani’s headquarters east of Abu Kamal. There, he conferred with the Al Qods chief and his operational staff, as well as with officers of his own militia who were fighting in Syria. They discussed ways and means of transferring 15,000 militiamen from Iraq to Lebanon via Syria for taking up deployment in southern Lebanon along the Israeli border.
On Dec. 1, when these matters were settled, Khazali set out for Damascus, escorted now by Hizballah in a heavily-armored convoy. There, he reported to the new headquarters set up by his militia in partnership with the Iraqi Kata’ib Hezbollah, the backbone of the Iraqi Popular Mobilization Forces (PMU). It is commanded by Soleimani’s deputy, Abu Mahdi al-Muhandis. Our sources report that this headquarters was recently established in Damascus to coordinate the Syrian- based Shiite militias, including those imported from Pakistan and Afghanistan, for a concerted campaign against Israel. 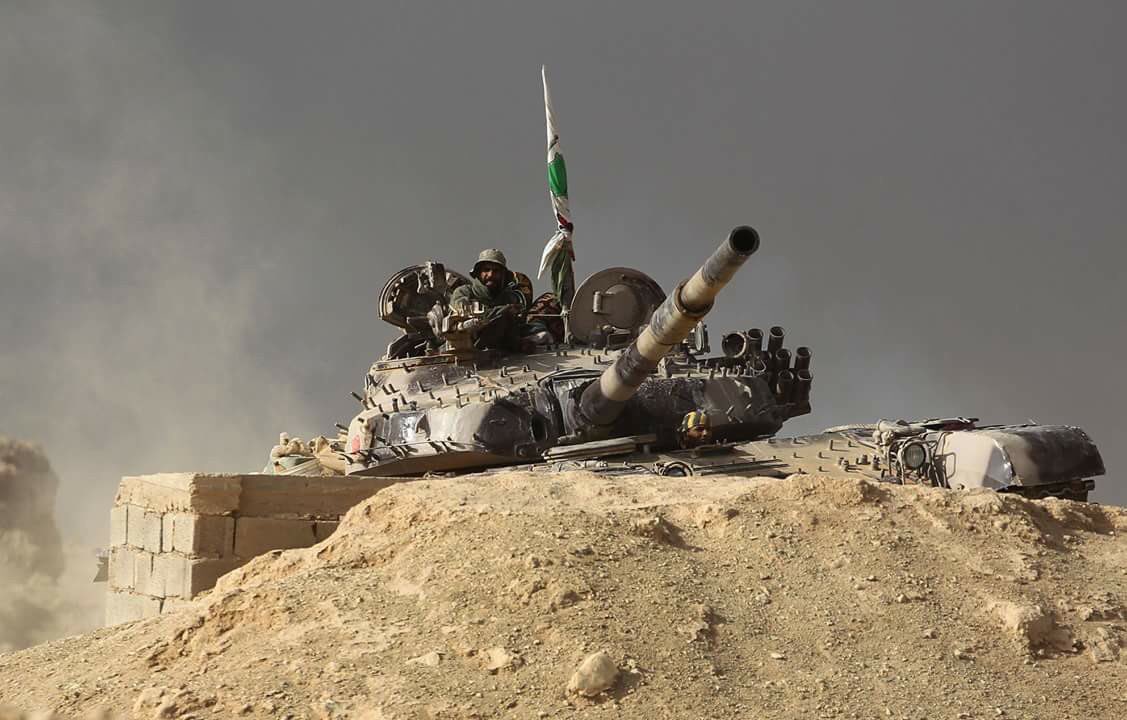 Khazali’s convoy then drove west, crossed the Syrian border into Lebanon and drove on to Beirut for a meeting with Hizballah’s leader Hassan Nasrallah. The two terror chiefs ironed out all the details pertaining to the disposition of the Assaib Ahl al-Haq militia in southern Lebanon across from northern Israel’s Galilee. Our military sources report that that the militia chief was then taken on his tour by Hizballah for surveillance of Israeli military formations on the other side of the border, so as to arrange the positioning of his forces accordingly when they arrived in Lebanon.
The tour began at the Hizballah position facing Israel’s Admit, continued to Houla, west of which Hizballah has planted a position opposite Israel’s Manara ridge and the IDF post located there. His next stop was Kafr Kela, just one and a half kilometers from the northernmost Israeli town of Metula. From a nearby Hizballah position, he was able to view the Golan and Hermon slopes. The voice of a Hizballah officer could be heard on a video clip released in Iraq on the militia chief’s tour. He was saying: “This is Golan. It is nearly 10 kilometers from here.” Khazali then proceeded on foot with his escorts to the Fatima Gate on the Lebanese-Israeli border outside Metula.
It took Soleimani’s Iraqi minion and his heavily armed convoy a couple of days to cover 300km from Iraq to Beirut. This is exactly the distance Iranian and Hizballah forces cover on their way from Iraq to the Mediterranean. The tour that wound up Khazali’s trip took place on the south Lebanese road parallel to Israel’s northern border. That road is just 65km long. At several points on his itinerary from Iraq, he must have been sighted. It is hard to understand why no American force in Syria and no eyes along the Israeli-Lebanese border missed sighting his armored convoy and failed to take him out – and so cut short Tehran’s deadly, well-advanced conspiracy to unleash thousands of ferocious Iraqi Shiite militiamen against Israel.