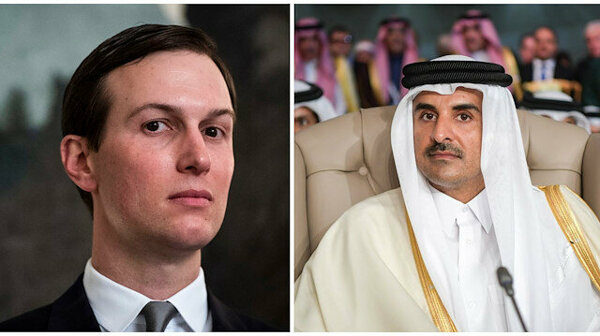 “Things have changed and we can’t keep on doing things the old way,” said the Emir Of Qatar, Sheikh Tamim bin Hamad al-Thani.  Middle East intelligence sources believe that the emir may be shifting ground ready for Donald Trump to win a second term as US president, by starting to cool his ties with radical and anti-US elements. Those ties have put him on the wrong side of Trump’s diplomatic drive in the region and got him in hot water with the Saudi-led Gulf Arab governments, especially the United Arab Emirates, which has just concluded a US-brokered normalization pact with Israel. All three parties to the deal have come off with gains..

The Palestinian Hamas and its parent, the Muslim Brotherhood, appear to be the first to feel the rough edge of the Qatari ruler’s re-evaluation. After a visit by US presidential adviser Jared Kushner to Doha last week, Sheikh Tamim is reported by those sources to have instructed his aides to inform the Hamas that the continued flow of Qatari cash to the Gaza Strip’s impoverished population was no longer guaranteed. The latest transfer of $30 million was “not a policy,” he warned, but “a one-off.” The next instalments may come on a one-by-one basis, depending on how Gaza’s Hamas regime behaves.

That delivery silenced weeks of incendiary balloon and rocket attacks launched from the Gaza strip against southern Israel – though not for long judging by past precedent. However, this time, the Palestinian terrorist group was given a stern caution by its Doha paymaster: “The Americans and Israelis are not kidding around this time around,” he said, adding for good measure:  “It does not seem as if Trump is going to lose the presidential elections.”

Cooling his longstanding ties with Iran and Hizballah would be much riskier than cutting cash payments to Hamas. They are capable of hitting back in ways that could be gravely damaging to their target. On the other hand, loosening ties with radical and terrorist entities would open a pathway for Qatar to bury the hatchet with Saudi Arabia and the UAE and win points in Washington.

Sheikh Tamim is keeping close track of US presidential poll ratings before making a final jump. He listened when Democratic friends assured him that Joe Biden’s win was in the bag and he should hold his ground until President Trump was out. But now, after observing the narrowing gap between the two contenders, he is becoming convinced that Trump may actually pull off a second term.

The ruler’s advisers have reportedly instructed senior editors of the Qatari Al Jazeera television network to temper their championship of Hamas and other radical organizations vis-a-vis Israel, the US and the United Arab Emirates and be less provocative.