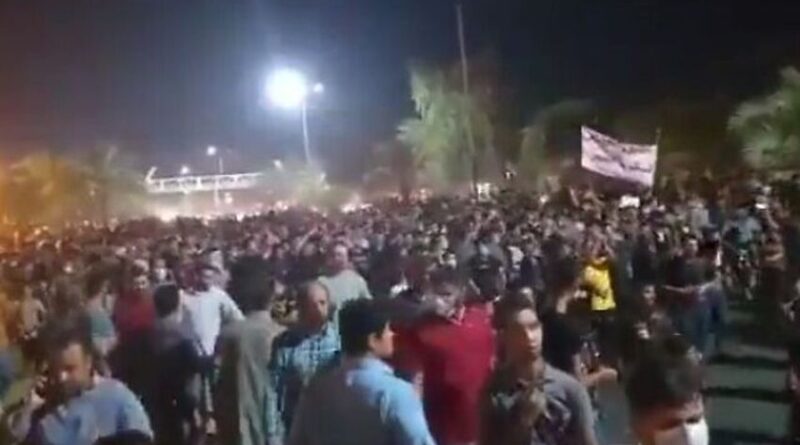 Anti-government protests spread to Tehran on Monday, July 27 after a week of raging demonstrations in Khuzestan over water and power shortages. Hundreds of thousands of protesters across the capital began shouting such slogans as “Death to the dictator!” – supreme leader Ayatollah Ali Khamenei – and “Clerics get lost!” Some took up on the watchword of the 2006 opposition riots that were4 brutally quelled: “No for Gaza, No for Lebanon, My life for Iran.”

Although coronavirus cases and deaths in Iran are breaking all records, sources in Tehran describe hospital staff as abandoning patients to join the street demonstrations as they spread across the capital. Placards appeared with the words: “Today is the day of mourning, workers’ lives hang in the balance,” as 31,814 new covid cases were recorded, the highest single-day figure ever, and 322 fatalities took the death toll to 89,122. Altogether 3,500 people were hospitalized in the last 24 hours, according to Iran’s health ministry, with a warning that the fifth wave has yet to peak out.
Deputy governor of Tehran Hamidreza Goodarzi admitted that there was street unrest which he attributed to long power outages, some spanning several days. He offered no information on how security forces were dispersing the furious protesters.

In the southern oil-rich Khuzestan, eight demonstrators were killed when the Revolutionary Guars were enlisted to break up protests against water shortages and electricity blackouts. A message of solidarity came from the capital in the slogan: “From Tehran to Khuzestan, unity, unity.”

Some activists voiced disappointment over the absence of words of support from the Biden administration or condemnation of the clerical regime’s harsh crackdown of dissent. They said they understood that Washington was leery of upsetting the Vienna track for restoring the 2015 nuclear deal with Iran. But they were also quite sure that those talks had anyway reached a dead end  The general opinion in Tehran is that incoming president Ibrahim Raisi would likely sever this diplomatic track after his swearing in in early August.