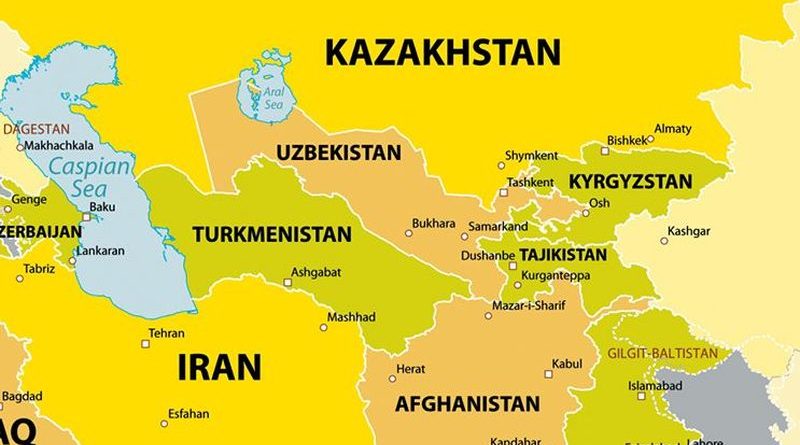 Despite a successful purge by Afghan security forces, which liquidated or captured more than 600 terrorists, the estimated 2,400 or 2,500 Islamic State jihadists remaining in northern Afghanistan are building a bridgehead for a leap on Central Asia, Russian Security Council Secretary Nikolai Patrushev warned on Wednesday, Dec. 18. He was talking to a multilateral gathering of security officials on Afghanistan in Tehran.

In eastern Afghanistan, another 1,500 Islamist State terrorists are growing in numbers from jihadists in flight from Syria and Iraq, who arrive via Pakistan.

Security continues to deteriorate in Afghanistan, Patrushev warned, and ISIS, seriously weakened in Syria and Iraq, is gathering for an afterlife as a global jihadist terrorist movement.

In the north, 2,000 are ready to fight Taliban forces for a foothold to invade Central Asia through Tajikistan and Turkmenistan. Their end goal is again territorial, the creation of a “Greater Khorasan” to encompass Afghanistan and Central Asia. Meanwhile, they will focus on attacking essential infrastructure, security agencies, diplomatic facilities and foreign citizens, the Russian security chief said.

Patrushav’s was not the only voice warning that ISIS is again on the warpath. Referring to the new threat to Europe, UK Prime Minister Boris Johnson said, “I think that the practice of automatic, early release where you cut a sentence in half and let really serious, violent offenders out early simply isn’t working, I’m afraid, with this case,” he said on Nov. 30, the day after Usman Khan, a convicted terrorist, stabbed two people to death on London Bridgebefore being shot dead himself.

Khan, from Stoke-on-Trent, was convicted in February 2012 for plotting on behalf of al Qaeda, the Islamist terrorist group previously harbored in Afghanistan, attacks on the London Stock Exchange and local pubs, as well as setting up a training camp in Pakistan. He was given an “indeterminate prison sentence,” meaning he could have been kept behind bars more than the eight-year minimum as a danger to national security.

Turkish prisons are holding at least 1,200 Islamic State fighters on the run from their defeats in Syria and Iraq, many of them from Western countries. Turkish forces captured another 287 in the course of their October offensive against the Kurdish regions in northern Syria. They are not there to stay. Turkish Interior Minister Suleyman Soylu has said that captured Islamic State fighters would be repatriated to their countries of origin – even if their citizenship has been revoked.

“We could soon be facing a second wave of terror linked to ISIS or by radicalized individuals that might be called ISIS 2, is the considered view of Jurgen Stock, Secretary General of Interpol. He was seconded by David de Pas, a French anti-terrorism judge, who asserted this week, “It is better to prosecute them in France than to leave them in the wilderness. How can we protect ourselves if we do not have them in custody? The best method is to judge and control them.”

In Iraq, too, where ISIS was rooted out of the country two years ago, the jihadists are making a comeback. The Popular Mobilization Forces (PMU), Iraq’s alternative army, this week carried out operations to cut them down in the western province of Anbar and the northern, central and eastern regions of Kirkuk, Salahaddin and Diyala.

Last minute: An unprecedented shooting at the Russian Last minute: FSB security service HQ in Moscow Thursday night left three officers dead. The gunman who barricaded himself in a nearby building was killed by special Russian counter-terror forces who were rushed to the scene to deal with a suspected ISIS attack.