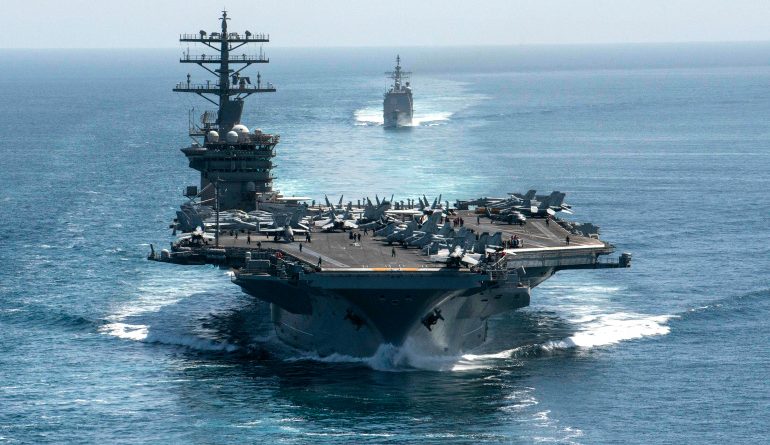 Backtracking on his order to recall the USS Nimitz carrier, acting US Defense Secretary Christopher Miller announced on Sunday, Jan. 3, “Due to the recent threats issued by Iranian leaders against President Trump and other US government officials, I have ordered the USS Nimitz to halt its routine redeployment.” He added: “The USS Nimitz will now remain on station in the US Central Command area of operations. No one should doubt the resolve of the United States of America.”

Marking the first anniversary of the killing of top Iranian general Qasem Soleimani by an American drone over Baghdad, thousands of Iraqi mourners chanting “revenge” and “no to America” marched in Baghdad and other cities. The date was also marked by Iran’s supporters in Syria, Lebanon, Yemen and elsewhere.

On Israeli’s northern border with Lebanon, the IDF declared the small town of Metulah a closed military zone in case Hizballah revenge demos taking place there turned violent. Supreme leader Ayatollah Ali Khameini and a senior military commander of the Revolutionary Guards Al Qods Force renewed the threats of retaliation against the US.

The Nimitz, its embarked air wing and its escorts, have been deployed since July to the Persian Gulf, North Arabian Sea and Gulf of Oman, along with the USS Makin Island and amphibious transport docks USS Somerset and USS San Diego. They carry 2,500 members of the 15th Marine Expeditionary Unit. Makin also has on its decks a squadron of Marine F-35B Lightning II Joint Strike Fighters.

Due to added precautions over the COVID-19 pandemic the sailors and Marines assigned to the strike group have been isolated from their families since April.

Tensions surged again on Monday morning, when Tehran announced that it had resumed weapons-grade enrichment at the Fordow complex in breach of the 2015 nuclear deal. Government spokesman Ali Rabeie announced:  ‘A few minutes ago, the process of producing 20% enriched uranium has started in the Fordow enrichment complex.” The plant is buried in a mountain range, under the command of the Islamic Revolutionary Guard, it is heavily fortified by a ring of steel fencing with guard towers every 80ft.