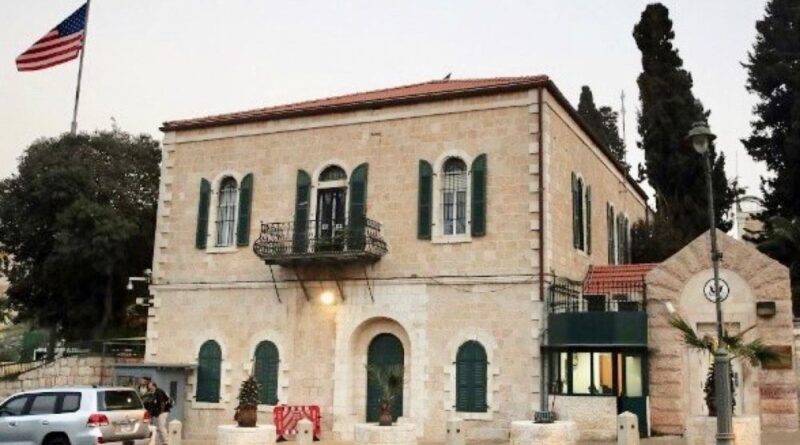 A US official’s statement that Israel’s written permission is required, before the US may reopen its Jerusalem consulate for Palestinians, landed with an unpleasant thud at the feet of the Bennett-Lapid government on Wednesday, Oct. 27, weeks after they had evaded the request. The statement by Brian McKeon, US Dep. Secretary of State, came in answer to a question from Republican Sen. Bill Hagerty, before the Senate Committee on Foreign Relations. Asked: “Is it your understanding that under US and international law, the government of Israel would have to provide its affirmative consent before the US could open or reopen the US consulate to the Palestinians in Jerusalem?” McKeon replied: “Senator, that’s my understanding that we need the consent of the host government to open any diplomatic facility.”

This affirmation came on the heels of the Biden administration’s recent rebukes of Israel. One, for approving 3,144 new housing units for settlements in Judea and Samaria coupled with 1.300 units in Palestinian areas of the West Bank. Two, for declaring six Palestinian organizations fronts for terrorists.

Further souring the relations between the two new administrations in Washington and Jerusalem is a third issue that has received less prominence. It turns out that whenever Israeli officials try to talk about the Iranian nuclear question, whether over the negotiations, which Tehran has set to resume next month, or a possible Plan B if diplomacy fails, their American colleagues jump in with the need to launch discussions of a two-state solution of the Israel-Palestinian dispute.

All three unresolved issues looming over the relations are ticking bombs under the shaky five-month-old coalition government, which is still struggling daily to survive its manifold divisions. PM Naftali Bennett, FM and alternative PM Yair Lapid and Defense Minister Benny Gantz know that a clear resolution of any of the three issues would sharply abbreviate their government’s survival. Lapid is indeed reported to have told US Secretary of State Antony Blinken that acceding to a second consulate in Jerusalem could topple the government.

And the coalition’s fragility was brought to the fore this week by Minister of the Interior Ayelet Shaked, who said in accidental open mic comments: “Lapid is a shallow person and Gantz is even worse,” she said, adding, “I’m not sure that the rotation of prime ministers [from Bennett to Lapid} will actually take place. We’ll have to wait two years and see.”

The US consulate opening in West. Jerusalem is not just a routine matter of diplomacy. As a core emblem of Jewish nationhood, Jerusalem’s status as Israel’s undivided capital overrides most partisan divisions. Reopening the consulate would set in motion two profound processes:

President Joe Biden appears to have taken his stand against Israel to meet the rising pressure aimed at him by leftwing-progressive circles in the Democratic party, who are taking advantage of his falling rating and his administration’s perceived fiasco in the Afghanistan withdrawal. He is therefore making a point of breaking ranks with his predecessor’s pro-Israel stance. If the Bennett government stands by its refusal to provide written consent for the consulate’s reopening, the rapport unfolding between the two governments may well descend into an open schism extending to other fields.