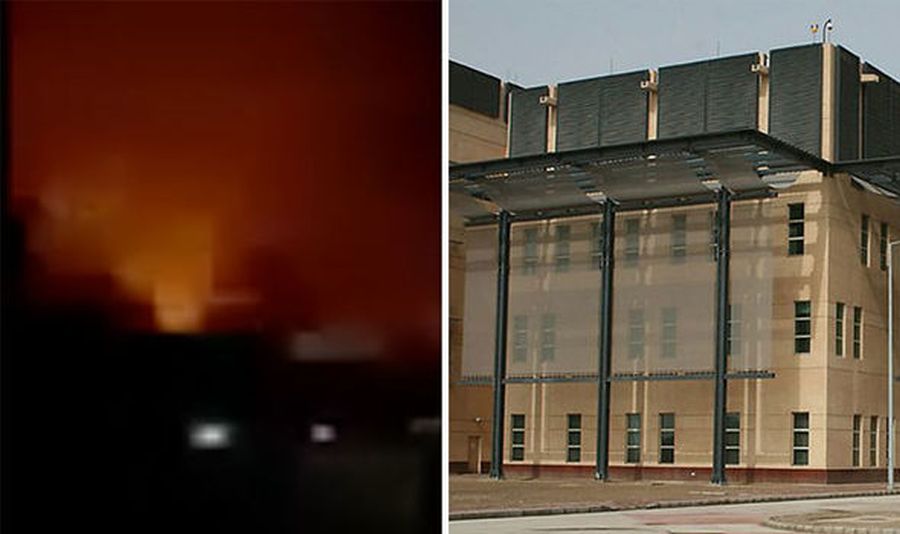 Both sides said they don’t seek war, yet US-Iranian war tensions were notched up again on Sunday, May 19, by a single rocket that missed the US embassy in Baghdad’s Green Zone. US President Donald was furious: “If Iran wants to fight, that will be the official end of Iran. Never threaten the United States again!” he tweeted.

A few hours earlier, Iran’s new IRGC chief Gen. Hossein Salami piled on the anti-US provocations by commenting on Iranian TV: “The difference between us and them is that they are afraid of war and don’t have the will for it.” His comment, DEBKAfile’s military and intelligence sources report, came after President Trump turned down a request from Saudi King Salman bin Abdulaziz to launch direct US air strikes on Yemeni Houthis, in response to this Iranian ally’s explosive drone attack on two Saudi oil pumping stations on May 14. The king argued that Washington could not afford to continue its policy of non-response to Iranian attacks on Gulf oil infrastructure, including four tankers opposite the UAE’s Fujairah port. He proposed that the Washington punish Tehran through its Yemeni ally so as to avoid directly confronting Iran. However, the US President, loath to expand US intervention in the Yemen war, insisted on holding it down to supplying Saudi and UAE warplanes with intelligence, bombs and fuel.

This passive response, plus the US administration’s consent to hold low-key, non-binding, tentative talks with Iranian officials, without demanding that Tehran desist from its attacks, appears to be egging the Iranians on to carry on with a form of brinkmanship.

Iran precisely calculated its sabotage attacks on the four tankers to fall short of sinking them or causing casualties; it likewise computed the drone attacks to damage without destroying the Saudi pumping stations. In the same way, the Katyusha rocket launched against Baghdad’s fortified Green Zone on Sunday night had a shock effect without causing real harm. The rocket “missed” the US embassy to strike an empty building nearby that once housed a security detail. But the rocket was fired from Baghdad University in the center of the Iraqi capital and so could not be blamed on a local Shiite militia.

Iran’s campaign of indirect, miss-rather than-hit strikes on America are taking their toll on US deterrence. They have spread out from the Gulf into Syria to locations opposite Israel. The accounts of an Israeli missile strike on Friday night, May 17 on Iranian and Hizballah forces at Al-Kiswah, south of Damascus, were overblown. Just a few missiles were fired, and their target was a very small Iranian facility being put in place at the Syrian Army’s 1st Division headquarters opposite Israel’s Golan border. That target was hit and destroyed.

As the escalation continues, the US and its allies may soon be forced to answer some hard questions: For how long can Iran’s low-key, indirect pinprick attacks go on without spiraling to a more dangerous level? And how will Washington, Riyadh, Abu Dhabi or Jerusalem react for the first casualties?

46 thoughts on “Rocket attack near US Baghdad embassy had Iran’s signature. Trump spurns Saudi bid for US strike on Yemeni Houthis”