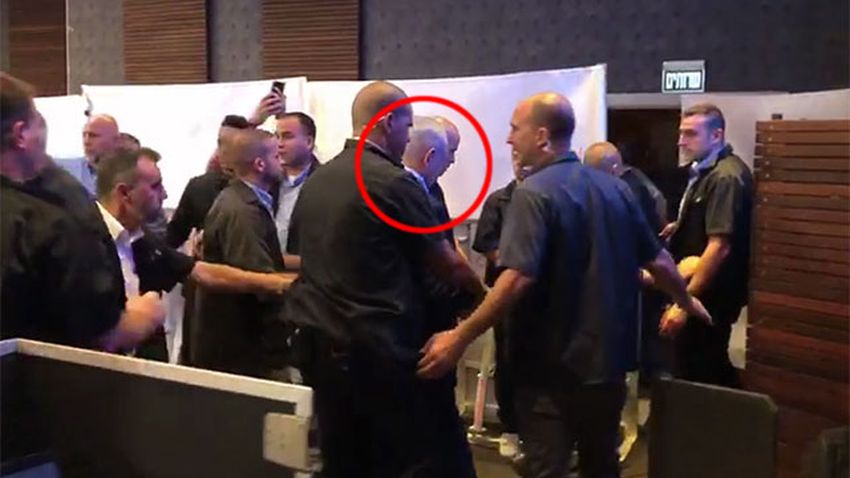 Israeli air strikes against 15 Hamas targets in Gaza overnight Tuesday, Sept. 10 did not rub out the scenes of prime minister Binyamin Netanyahu and Blue-White opposition leader Gaby Ashkenazi being whisked away from their election rallies in Ashdod and Ashkelon under rocket fire from Gaza. The Palestinian attack was accurately timed to cut short the two campaign speeches just as they began and depict the crowds in panicky flight, pointing to precise advance intelligence. Netanyahu returned to the stage a few minutes later, but the damage was done.

The Palestinian terrorist organizations in Gaza knew where, when and who would be staging these pre-election events. They did not aim to kill anyone this time, only achieve a striking propaganda coup against Israel’s top security figures. They also moved with unusual speed. In past instances, Palestinian rockets were usually aimed first at near targets before escalating in the next round to the cities further away from the Gaza Strip. This time, Ashdod and Ashkelon were targeted directly  before the usual preamble.
The Gaza terrorist groups followed the pattern of swift reprisal set by their allies, Iran and Hizballah, in Syria on Monday, Sept. 9, when the Shiite Imam Hossein militia fired two rockets at the IDF Hermon positions on the orders of their Al Qods officers, hours after an air strike in Iraq.
All these violent groups are pulling together, under Tehran’s baton, for a major effort to bring the Netanyahu government low and destroy voter confidence in the prime minister as guardian of national security in time for the Sept. 17 general election, The collective tactic for toppling the Likud prime minister was set forth, as DEBKAfile first revealed, at a secret summit in Beirut on Aug. 23 attended by the Iranian Revolutionary Guards commander Gen. Hossein Salami, Al Qods chief Gen. Qassem Soleimani and Hizballah’s Hassan Nasrallah.

Their strategy won a major propaganda coup for Tehran, Hizballah and Gaza on Tuesday night, when video clips beamed far and wide depicted security guards bundling Netanyahu off the Ashdod platform to the sound of wailing rocket alerts and an audience fleeing in all directions.

Israeli aircraft later struck some 15 Hamas terror targets in the northern and central Gaza Strip, including weapons workshops, several locations in the organization’s naval compound and a terror tunnel, in response to rockets fired from Gaza earlier.

In that response, however, Israel continued to pull its punches, still holding back on a major counter-offensive six days before the national election.