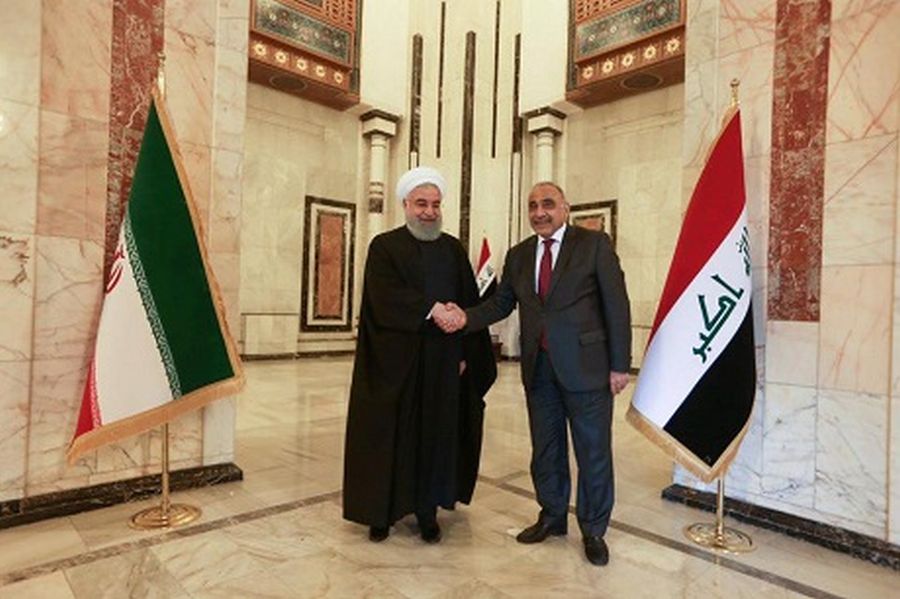 Iran’s president Hassan Rouhani started a visit to Baghdad on Monday, March 11, for the main purpose of harnessing Iraq’s banks as Tehran’s main mechanism for beating the US sanction on its oil sales. This is revealed exclusively by DEBKAfile. Rouhani will formalize the deal, which has been in discussion for more than a month between Tehran and Iraqi prime minister Adel Abdel Mahdi. They agreed in principle to set up a mechanism for enabling Iran’s foreign clients to purchase oil and gas, in defiance of President Donald Trump’s sanctions, by registering the transactions as purchases of Iraqi oil. Payment is to be deposited in Iraqi banks in Baghdad and Basra, then quietly transferred in euros to banks in Tehran.

Prime Minister Mahdi does not expect the Trump administration to make trouble over this subterfuge. He is under enormous pressure from Iran and the Iraqi Shiite militias under the thumb of Al Qods chief Gen. Qassem Soleimani to order US forces to withdraw from Iraq. He therefore believes he holds over Washington’s head a threat to give into Iran’s pressure and order the 5,200 American troops to pack up and leave their bases, should the US take action against the Iraqi banks which collude in busting US sanctions.

This order would undermine the Trump administration’s strategy in the Middle East and the Gulf. The US grants substantial financial and military support to Baghdad to secure a linchpin for this strategy against Tehran’s grab for dominant influence in the Iraqi capital.

However, the deal is in the bag. On Feb. 6, the governor of the Iraqi central bank Abdolnasser Hemmat and his Iranian counterpart Ali Mohsen Ismail al-Alaq reached an agreement in principle. Rouhani, who is accompanied on his three-day visit to Baghdad by foreign minister Mohammed Javad Zarif and oil minister Bijan Zangeneh, is to add the government’s seal to the transaction.

Meanwhile, Washington warned the Mahdi government against conniving with Tehran to beat America’s anti-Iran sanctions. On Friday, March 8, Secretary of State Mike Pompeo phoned the Iraqi prime minister with a caution. If Iraqi banks go through with the sanctions-busting deal with Tehran, the US will block their access to the international financial markets ruled by the US dollar.

Washington and Baghdad are on the brink of a showdown. It is marked by the impending activation of Iraqi banks for breaking the US embargo on Iranian oil sales, plus Baghdad’s threat to demand the removal of US forces. This impasse is the reason why the US has in recent days sent additional forces to fortify its bases in Iraq, as DEBKAfile’s military sources first reported on March 9. The extra units have been drawn from US bases in Israel and Jordan.