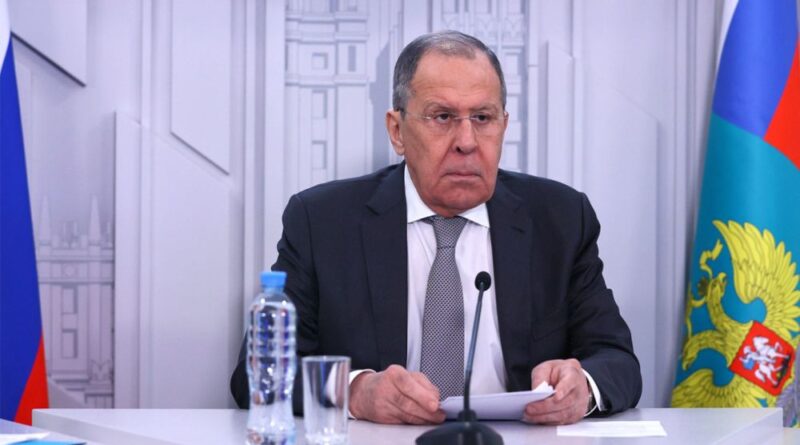 “Russia’s geographic goals in Ukraine have changed,” said Foreign Minister Sergei Lavorv at a news conference on Wednesday, July 20. “Now [our] geography is different. It is not only the DNR and LNR, it is also the Kherson region, the Zaporizhzhia region and a number of other territories,” he said and explained that this change was due to “weapons that will pose a direct threat to our territory and the territory of those [eastern Ukrainian] republics that have announced their independence.”  FM Lavrov added: “If Western countries supply long-range weapons to Ukraine, [these goals] will move even further.”
The Russian foreign minister was referring to the US-made HIMARS medium-range rocket systems supplied to Ukraine’s army and the F-15 and F-16 fighter jets that Washington was considering sending over to its air force.

DEBKAfile’s military and Russian sources report that Lavrov omitted another motive spurring Moscow to broaden its military goals in Ukraine.  The Kremlin finds itself under hawkish pressure in the social media to go for bigger targets in the Ukraine conflict. More and more voices are calling on Moscow to drop its initial designation of the Ukraine offensive as a “special military operation” and demanding its upscale to  “the Ukraine war.”

These calls come with a demand for the Russian army to grab more Ukrainian territory over and above the eastern provinces and aim to occupy the Black Sea town of Odessa and lands right up to the Polish border in the west, and proclaim the establishment of the “Malorussia State” in those regions.

Some voices ae also calling for Moscow to declare the country in a full state of war entailing national mobilization to the armed forces and the roping in of industry to support Russia’s effort to win the Ukraine war.