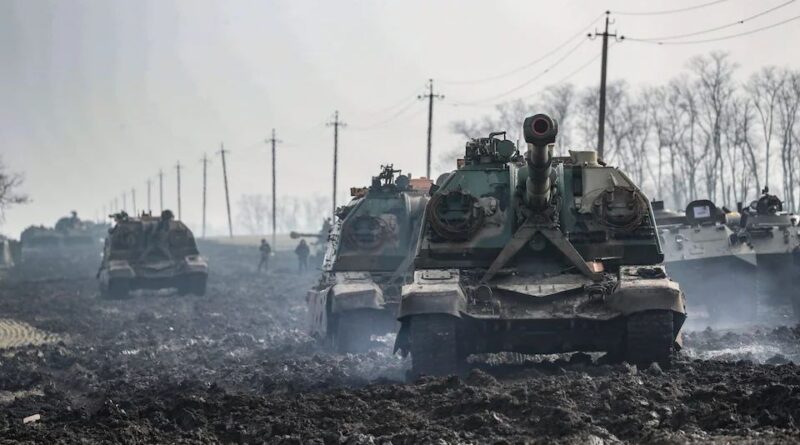 Vladimir Putin early Thursday, Feb. 24, announced a special military operation in the Donbas “to demilitarize” the region, amid unconfirmed reports of a huge seaborne landing in the Black Sea port of Odessa. Explosions were heard in Kyiv, Mariupol, Odessa, Lvov and Kharkiv.

President Joe Biden will address the nation at noon on Thursday, after condemning Russia’s as “alone responsible” for “choosing a premeditated war” by an “unprovoked and unjustified attack.” The United States and its Allies and partners will respond in a united and decisive way, he said. “The world will hold Russia accountable.”

In an early morning address, Putin said the “special military operation” he had launched comes in response to threats coming from Ukraine. He added that Russia doesn’t have a goal to occupy the country. Putin said responsibility for bloodshed “lies with the Ukrainian “regime.” He insisted that the operation was targeting military installations and avoiding populated areas. Putin told Ukrainian service members to “lay down their arms and go home.”

Unconfirmed reports said that Russian forces had destroyed or rendered unusable the Ukrainian navy and taken control of Boryspil Airport in Kiev. Other reports spoke of a huge seaborne landing in Odessa involving large landing craft and helicopters shortly after dawn. Ukraine’s access to the Black Sea and Azov Sea was cut off.

Ukraine was on Wednesday placed on a war footing and a state of emergency declared; 200,000 military reservists called up; border areas restricted and citizens given right to arm themselves.

Announcing this in an address to the nation, Ukraine president Volodymyr Zelensky spoke from his personal mobile phone. This is taken to indicate either that he has left Kyiv and may be on his way to a safe place offered him by the |Americans, or that he is cut off from access to national TV and radio studios.

According to the latest updates on Thursday, Russian forces are also pushing into Ukraine from Belarus and advancing westward. Local reporters add that the town of Lvov is under missile attack. The Russian military announced, “The military infrastructure of Ukrainian military air bases has been put out of action. The air defenses of the armed forces of Ukraine have been neutralized.”