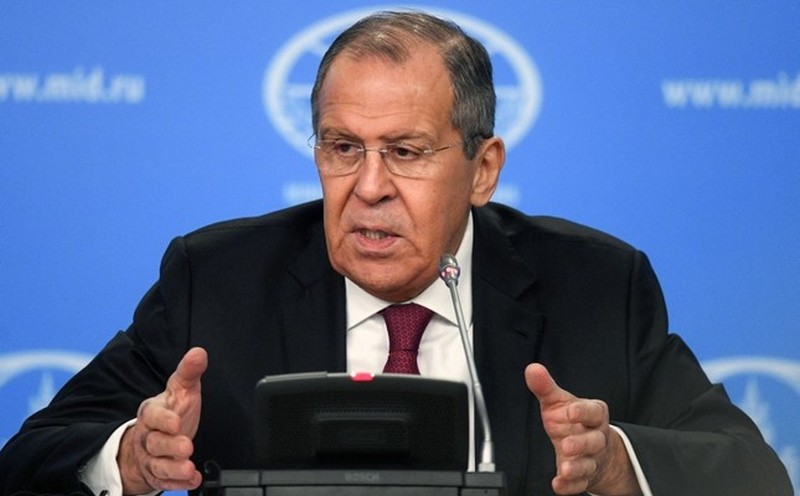 Two international conferences dealing with the Middle East took place this week at the same time – the US-Polish hosted conference on Middle East Peace and Security which opened in Warsaw on Wednesday, Feb. 12, and a meeting of a dozen Palestinian factions chaired by Russian Foreign Minister Sergei Lavrov in Moscow.

In the Polish capital, the chairman, Vice President Mike Pence, the Polish President Andrzej Duda, Israeli Prime Minister Binyamin Netanyahu and Secretary of State Mike Pompeo spoke at length to delegates from 60 countries, notably including most Gulf and other Arab leaders, about the Iranian peril.

But in quiet conversations in side rooms, they also dealt at length with President Donald Trump’s “Deal of the Century” – a plan for an Israeli-Palestinian peace, which is said to be ready to go. The plan’s two authors, Trump’s senior advisers Jared Kushner and Jason Greenblatt, stood out among the participants. But not a single Palestinian official was to be seen.

Representatives of all 12 Palestinian factions had gone to Moscow, Including even the two rivals, Fatah and Hamas. They were invited by Russian Foreign Minister Sergei Lavrov, who sat in the chair of their meeting. The invitees immediately warmed to the minister when he lambasted the Trump peace plan “because it does not include a Palestinian state with East Jerusalem as its capital.” While stressing the importance of Palestinian unity, Lavrov declined a role in the reconciliation process between rival factions, which, he said, Egypt would be left to sponsor – ”despite the lack of progress so far.”

Russia, it must be said, has never established its influence either in Palestinian Ramallah or in Gaza City. But now, Lavrov appeared to be driving for its first foothold.

In Warsaw, Trump’s advisers showed Arab delegates a limited segment of his peace plan which focuses on the Hamas-governed Gaza Strip, with US and Gulf Arab investment in the enclave’s economic development. The West Bank areas ruled by Mahmoud Abbas and the Ramallah-based Palestinian Authority is not covered.

Abbas broke off all contacts with the Trump administration. The US plan therefore deals with a future Palestinian state confined to the Gaza Strip without Ramallah, until such time as 83-year old Abbas exits the political stage.

How to resolve the glaring inconsistency inherent in US support and assistance for a Palestinian entity ruled by the Hamas and Islamic Jihad terrorist groups and under the strong influence of America’s arch-foe Iran and its Hizballah proxy? This task is apparently being left in the hands of Netanyahu and the Qatari emir Sheikh Hamad bin Jassim al Thani. These two leaders have already broken the ice and started working together for the transfer of the first three $15m monthly instalments of economic aid from Qatar to the Gaza Strip, in the hope of smoothing the way for the two organizations to renounce violent aggression against Israel.

That Hamas attacks still continue nonetheless is explained on the quiet by Israel officials by “growing pains in a complicated process.” Still, Washington and Jerusalem are prepared for their plan to collapse – in which case, DEBKA Weekly’s sources predict that Israel will launch a major offensive in the second half of 2019 to smash the military capabilities of Hamas and Jihad.

Moscow is going strong on the Palestinian unity motif, while leaving implementation in Arab hands, namely Egypt. A reconciliation deal between Fatah and Hamas leading to their sharing rule over a unified West Bank-Gaza Strip entity would plant a big spoke in the US-Israeli-Qatari’s Palestinian wheel – even after that wheel is already rolling forward. Meanwhile, Moscow sees a vacancy in Ramallah for its first strategic foothold in the Palestinian arena. Choosing Egypt’s President Abdel-Fatteh el-Sisi for brokering the reconciliation process as Russia’s partner is calculated to fit in with the Kremlin’s broader interests in the region. Sisi was one of the few Arab rulers to consistently maintain friendly ties with Syria’s Bashar Assad while Moscow was propping the beleaguered Syrian dictator up. Moreover, Cairo and Moscow have developed a working military partnership in Libya, Sudan and other African countries. The Egyptian president and his generals are not enamored of the US plan for a Palestinian state in the Gaza Strip, fearing that its rulers will seek to expand their tiny domain into northern Sinai.