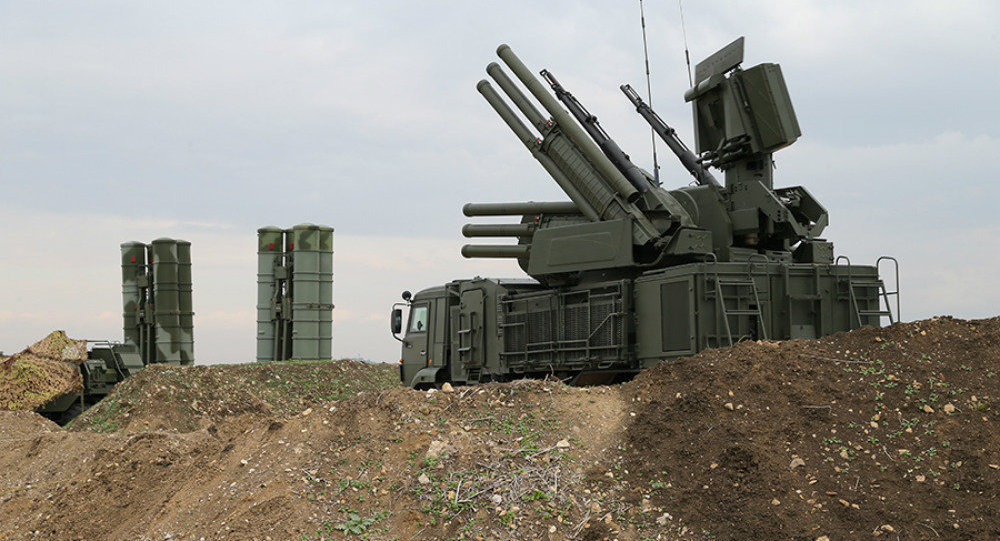 The Defense Ministry in Moscow revealed on Monday, Jan. 8: A massive terrorist drone attack on Russian military and naval bases in Syria was thwarted by electronic measures and anti-air weapon fire.

The statement said that overnight on Jan. 6, Syrian “militants” (terrorists) sent a large swarm of unmanned aerial vehicles to attack Russia’s Tartus Naval base and Khmeimim air base. Russian defenses took control of six drones and its Pantsir-S1 anti-aircraft missile and gun system shot down another seven. DEBKAfile’s military sources learned from the Russian statement that they used electronic measures to manipulate the UAVs’ navigation systems and bring them down intact. Moscow has now launched an urgent technical analysis of the captured drones, which were revealed capable of enabling terrorists to conduct attacks from a range of some 100km, and discovered using for the first time modern guidance technologies on satellite GPS.
Russian security services are also urgently investigating who supplied these advanced UAVs to terrorists, warning that they make it possible for them to conduct air strikes anywhere in the world.

On Saturday, Jan. 6, Syrian military sources reported that their air defenses had brought down two drones flying over the Russian Khmeimim air base with a load of mortar shell warheads. The Syrians identified them as belonging to the Islamist group, Hayat Tahrir al-Sham. It is not clear whether the Russian and Syrian statements apply to the same incident.