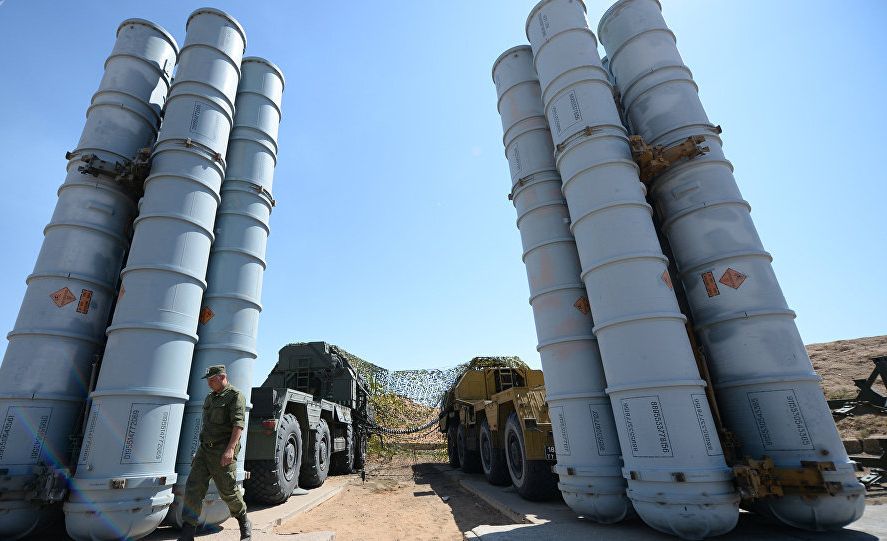 DEBKAfile Exclusive: The Russian military in Syria transferred an S-300 air defense missile battalion from Masyaf in West Syria to Deir ez-Zour in the east 10 days ago during the G20 summit in Buenos Aires. Accompanied by a Russian operating team, it consisted of eight launchers for 50-70 missiles. Our military sources note that this is the first time in nearly three years of Russian military intervention in Syria that Moscow has ventured to deploy its own troops in the east.

Most of all, Moscow’s step has major significance for the American military presence in eastern and northern Syria.  The newly-deployed S-300 missile battalion aims at curtailing the US Air Force’s free hand over eastern Syria. US allies, the UK, France and Germany will henceforth have to take its presence into consideration before sending their warplanes into action. For Israel, these missiles provide a shield for the very forces it has sworn to remove from Syria. Protected now are the Iranian Revolutionary Guards and Hizballah officers who are busy enlisting and training new local recruits in the east and the south. The S-300s remaining in Masyaf in the west, further provide an umbrella for the large Iranian factories going up in the center and the west for upgrading surface missiles with precision-guidance capabilities. The S-300s also provide protection for the  large-scale pro-Iranian forces stationed in the eastern Iraqi province of Anbar in the event of an Israeli air strike to prevent them from crossing into Syria.

These events scarcely bear out Prime Minister Binyamin Netanyahu’s assertion to the weekly Israeli cabinet meeting on Sunday, Dec. 9, “We are pushing Iran out of Syria with great success and we have not yet finished.” He added, “I spoke to Russian President Vladimir Putin about this on Saturday.” Whereas there is no doubt about the conversation taking place, the same cannot be said for the first part of the prime minister’s assertion.