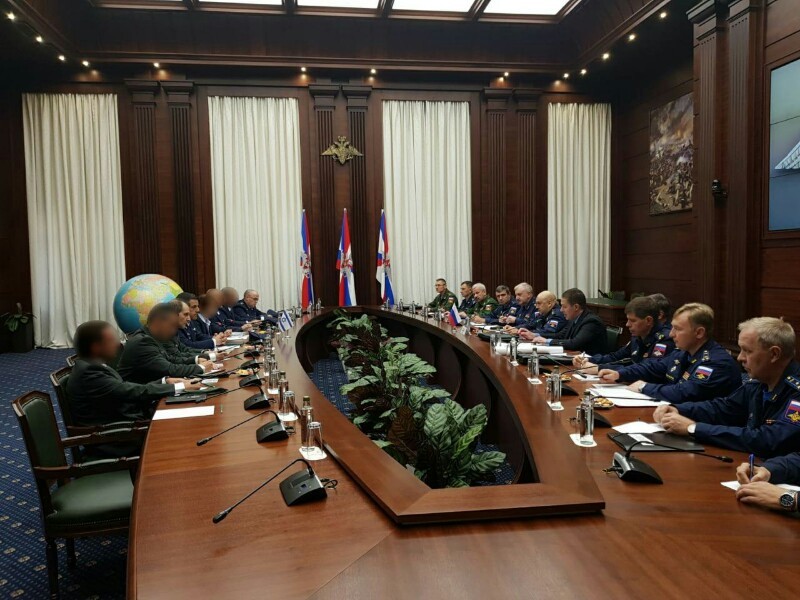 Russia and Israel agreed to continue their military coordination in Syria, although Israel’s Air Force chief Maj.-Gen Amikam Nurkin and Russian officers differed sharply on the circumstances which caused the Russian Il-20 spy plane to crash last Monday. The absence of a joint Russian-Israel communique summing up a day and-a-night of intense interviews upon the departure of the Israeli delegation on Friday, Sept. 21 indicated that each side adhered to is own version of the event and the crisis between Moscow and Jerusalem is not over. According to a subsequent IDF announcement, the coordination mechanism between Israel and the Russian command in Syria was nonetheless functioning “routinely.”

The Israeli military tried to put a positive face on the Moscow talks, describing them as friendly and positive, including even an Israeli invitation to the Russian investigators to come to Israel to further pursue their inquiries. This was in striking contrast to the hostile Russian media coverage of the tough interviews. The Russians insisted that, when Syrian air defenses shot down the Russian Ilyushin-20 spy plane, an Israeli air raid was still ongoing in Latakia, whereas the IDF probe established that the Israeli fighter jets had returned to home base.
That was one of several points of discord.
A senior IDF officer briefed reporters Friday on the most prominent:

The Russian version of the Ilyushin incident and the Israeli delegation’s findings – as released to local media on Friday.

As to the future impact on Russian-Israeli relations of the plane incident, that decision is up to President Vladimir Putin, as DEBKAfile reported earlier. He will also decide to what extent – if at all – the Israeli air force will continue to enjoy free rein to pursue its government’s objective of ridding Syria of Iran’s military footprint. For now, it is too soon to predict Putin’s response, our sources confirm.
Kremlin spokesman Dmitry Peskov told reporters in Moscow on Friday that President Putin had been briefed on what an Israeli military delegation had to share with the Russian Defense Ministry on the downing of its jet in Syria, but stressed a decision on the Kremlin’s next step was premature.

“It is too early to ask about that. You should ask the Defense Ministry,” Dmitry Peskov told reporters in Moscow after a query about the Russian government’s future relationship with Israel.

The spokesman confirmed that Putin was “aware of the information” presented, but added this was “special data,” and only military experts were capable of saying whether it was satisfactory.