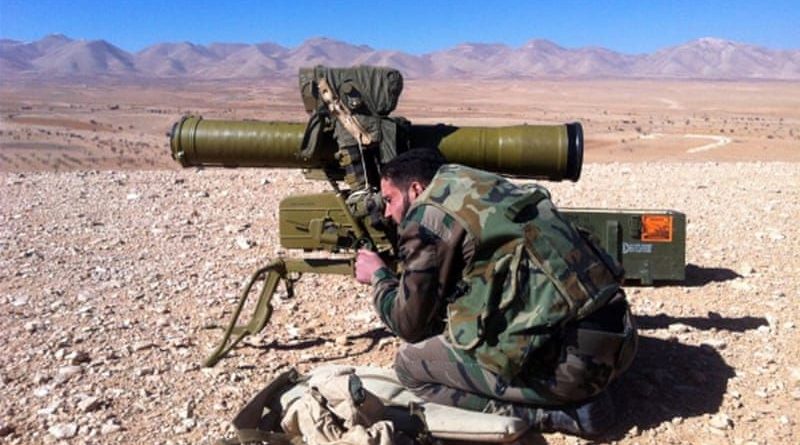 1. Russia’s military command in Syria will retain sole authority for dictating and spacing out military action in the embattled Idlib province of northern Syria. Moscow informed the Iranian/Hizballah side that the ceasefire determined by Putin and Turkey’s Recep Erdogan when they met in Moscow on March 5 is foredoomed, just like their previous arrangements for joint patrols and truces.

2. Iran will round up the forces and satellite militias it maintains in Syria and gather them in the northern province of Aleppo. The Revolutionary Corps high command in the country will relocate from its “Glass House” headquarters in Damascus to the Al-Assad Military Academy some 7km southwest of Aleppo center. This compound can accommodate 2,000 or so armed men.

3. The Syria-Lebanon border areas will come under Hizballah’s full control, excepting only for the Allawi regions in the north (in respect of the Assad clan’s sect). This is bad news for Israel, since it provides Hizballah with important strategic depth for moving its forces between the Lebanese Beqaa Valley and Syria in a clash with Israel. Hizballah is already acting on this advantage and planting units in eastern Syria.

4. Hizballah and its leader, Hassan Nasrallah, have grown in stature since the assassination of al Qods chief Qasem Soleimani, having won a place at the table of Tehran’s strategic decision-makers for Syria and Iraq. Assigned with supervising the 13 or so pro-Iranian foreign militias operating in Syria, Nasrallah has directed incoming Iraqi Shiite groups to deploy alongside the new IRGC headquarters. He has also created a new network of Syrian Shiite militias dubbed “Syrian Hizballah” for securing the Aleppo compound and acting as its mediator with the Syrians.

Hizballah has also trained a network of proxy militias under its control for incorporation in the Assad regime’s forces. The Lebanese Shiite group, using its own men, has established military bases, observation points and security groups in certain strategic areas of Syria.

As a result of Nasrallah’s careful machinations, it has become hard to trace the boundaries of pro-Iranian militia operations in Syria. However, Hizballah has clearly anchored its own turf in three key areas; the main Shiite population regions; southern Syria; and the Syria-Lebanon border. Its dominance is weaker in the east, where the Lebanese group is subject to direct IRGC authority.

The admixture of Hizballah and IRGC forces is strongest In Aleppo, where the former appears to complement the latter and act as its protector, although Iran’s new headquarters on Jabal Azzan is its strongest and most fortified facility in Syria and as far as possible outside the range of Israel’s long arm.

5. Agreement was reached on another important issue: Iran and Hizballah have committed to suspending military operations in southern Syria near the borders of Israel and Jordan. Putin’s motive in pressing for this commitment was less as a favor to Israel and more to keep them out of the way of attacks from local Druze tribesmen and avoid a clash which the Russian president is intent on preventing.