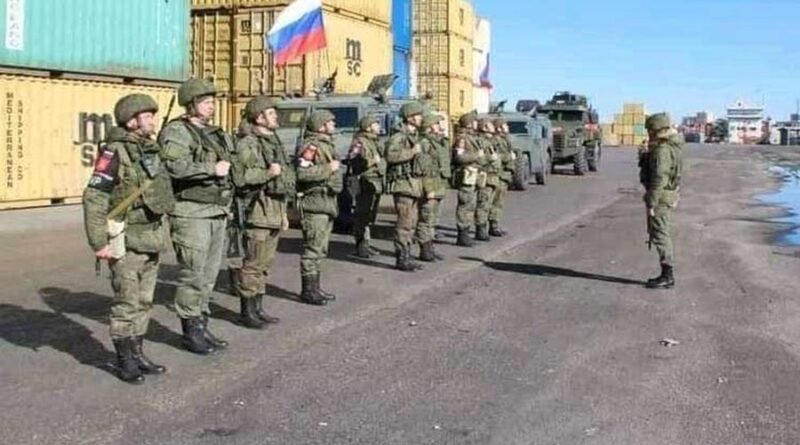 The Russian army posted military police forces at Syria’s Latakia port on the Mediterranean on Wednesday, Jan. 26, just 48 hours after announcing joint patrol missions with the Syrian air force over the Golan and Euphrates border regions.

The police units have set up quarters at the container area of the port from which they are patrolling the entire facility, according to Russian defense ministry. Photos of the operation were unusually released to Russian media. (see photo) These military police units are in fact categorized as special forces.

The Israeli air force has struck Latakia’s container compound twice – on Dec. 7th and 27th – aiming at the advanced weapons deliveries Iran had been shipping in to Hizballah, its Lebanese proxy.

According to the ministry’s announcement, military police will henceforth be conducting “round-the-clock patrols of the seaport of Latakia, armed with Patrul and Tigr armored vehicles.”

Moscow has thus drawn a defense line for impeding Israeli air strikes ranging from the Golan in the southeast and east to Latakia port in the west. The port is adjacent to Russia’s permanent air base at Hmeymim.

Israel was not notified of either of the new Russian steps in Syria although they maintain a joint mechanism for coordinating Israel’s air operations against Iran’s military presence in the country. These steps also provided Moscow with an answer to the Assad’s regime’s longstanding complaints about the non-use of the Russian-supplied S-300 and S-400 air defense systems against Israeli warplanes.