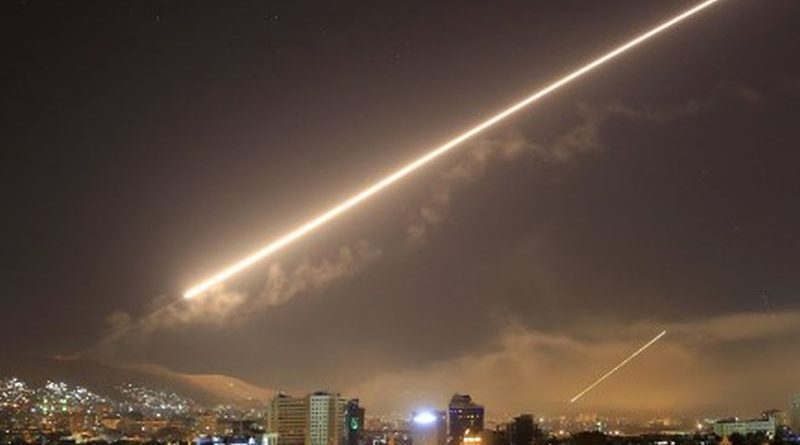 Russian ambassador to Damascus, Alexander Yevimov, warned on Monday, Feb. 10 that Israeli raids “are provocative and very dangerous for the situation in Syria.” He charged: “The rockets are falling not only in the areas bordering Israel, but also reaching areas deep in Syria, in the eastern part and even in residential areas in Damascus. It is regrettable,” said the Russian ambassador, “that civilians become victims of these raids.”

Yevimov repeated the Russian Defense Ministry’s earlier charge on Feb. 7 hat a purported Israeli air strike near Damascus a day earlier had endangered a civilian flight with 172 passengers aboard that was trying to land at Damascus airport. That flight found itself the target of Syrian air defense rockets aimed at the Israeli raiders, the ministry alleged.

The diplomat concluded, “In addition to the clear violation of Syrian sovereignty and the real threat to the lives of innocent people, all of this increases the possibility of a conflict with Syria and runs counter to efforts to achieve stability and a political settlement.”

DEBKAfile: Moscow was warning Israel for the second time in three days to desist from its rocket and air strikes over Syria. Our military sources report: Russian forces in Syria are in the throes of a heavy air force operation against Syrian rebel positions in Idlib, the last province still out of the Assad regime’s control. The air raids mainly target the strongest rebel group, Hayat Tahrir al-Sham for the purpose of facilitating the Syria army’s advance in its critical campaign to recover the province.
The Russians were issuing a strong warning to Israel to back off any action that may impede the Syrian push in Idlib and, moreover, if the situation descended into a clash with Syria, to make no mistake about which side Moscow supports.

123 thoughts on “Russia ramps up complaints that Israel raids endanger civilians, could prompt war with Syria”