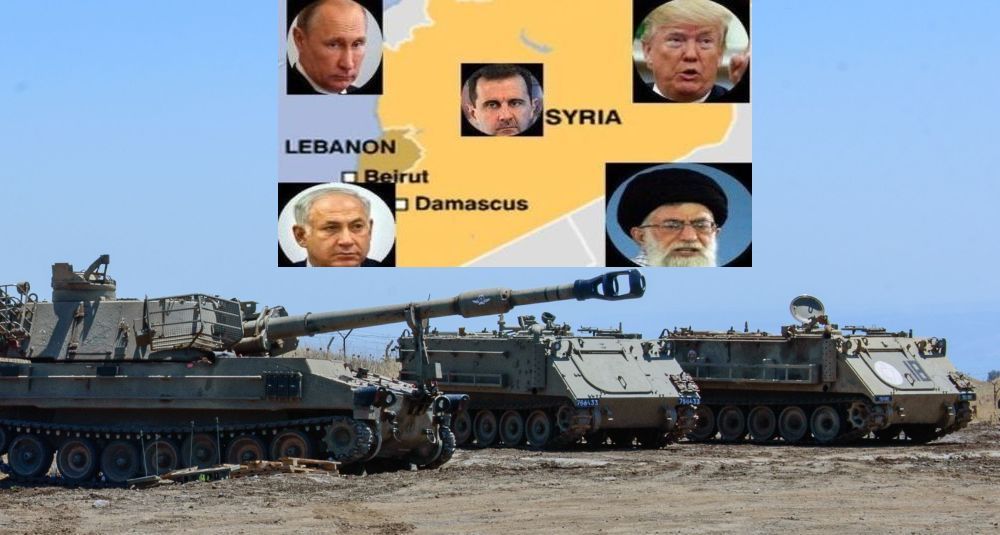 Russian and Syrian air bombardment of Daraa resumed late Wednesday, July 4, after a short pause, with the collapse of Russian ceasefire talks with rebel leaders and Jordan. DEBKAfile reports: Rebel leaders continued to stand out against Russia’s proposal to give up their heavy and medium arms, while Jordan opposed the deployment of Syrian troops along its northern border. The final stumbling-block for a ceasefire was spelled out by Russian Foreign Minister Sergei Lavrov: “Iran is one of the key powers in the region and it would be absolutely unrealistic to expect it to abandon its interests,” he stressed.
Before the Russians put their foot down on the Iranian issue, there was a pause in the Syrian Daraa offensive amid hopes that the negotiations would lead to a cessation of hostilities in southwestern Syria.

DEBKAfile reporter earlier on Wednesday:  The Syrian Daraa offensive has by and large fallen silent and preparations to attack Quneitra are on hold. The outflow of refugees has slowed.

DEBKAfile’s military sources disclose that the Syrian army’s Tigers Force and 4th Division, which spearheaded the Daraa thrust to impose Bashar Assad’s rule on southwest Syria, have downed arms for the moment, along with Hizballah’s elite Radwan fighters. Also suspended are Syrian preparations to go next for the Quneitra region opposite Israel’s Golan border.

Our sources disclose that the lull in fighting was ordered by the Russian commanders due to their low opinion of the Syrian-Hizballah forces’ ability to successfully conclude the Daraa-Quneitra operation in time for the Putin-Trump summit on July 16 in Helsinki.

This Syrian offensive was cut short for two reasons: