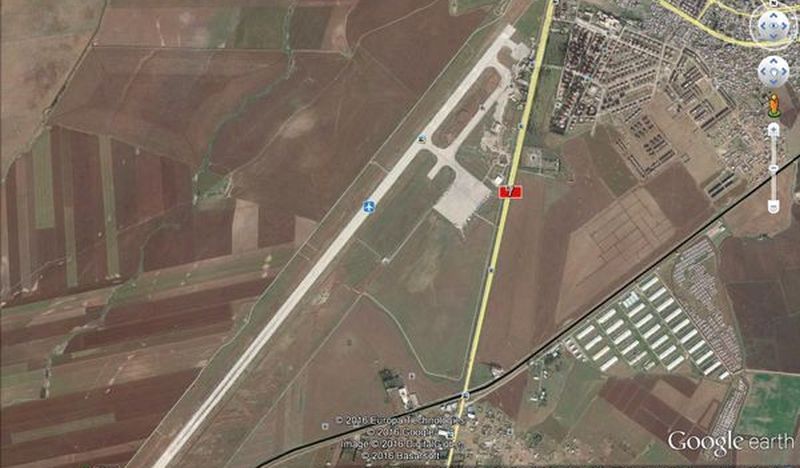 Why does Moscow need another air base in northern Syria, when the Khmeimim facility in Latakia on Syria’s western coast provides Russian forces with ample control of Syrian skies? Until recently, US strategic experts estimated that Moscow’s interests focused on expanding its Mediterranean coastal footholds up to Libya. On Nov. 30, 2017, Russia and Egypt signed a draft accord allowing both countries to use each other’s air space and air bases for their military aircraft.

This US assessment changed abruptly two weeks ago, when the first Russian military delegation arrived in Qamishli, capital of the Kurdish cantons in northern Syria.

The delegation was first thought to be looking for accommodation for the Russian troops taking part in joint patrols with Turkey along a 10-km deep strip on the Syrian-Turkish border, as agreed between President Vladimir Putin and President Recep Erdogan at Sochi on Oct. 22. But when Russian officials were photographed closely examining Qamishli airport and asking Syrian and Kurdish officials technical questions, warning signals flashed. Moscow was now seen to be eying Qamishli airport for conversion into a major military airfield to counter expanding US military involvement in the region, (see lead article in this issue.)

This was confirmed last week, when the Russians were discovered negotiating a 49-year lease for Qamishli airfield with local Kurdish authorities. Part of the area is to remain in civil aviation use, while a large section is to be closed off as a Russian military facility.

When asked what was going on with the Russians, Kurdish officials stammered vaguely, reinforcing suspicions that terms had been agreed and a contract already drafted for the Russian takeover of Qamishli airport’s management and development.

The airport is situated at a point 451m above sea level. Its runway is designated 03/21 with an asphalt surface of 3,615 by 46 meters. Closed to civilian traffic in October 2015, Qamishli has since been reopened. It is regularly used by Syria’s Cham Wings Airlines, Fly-Damas and Syrian Air for flights to and from Damascus, Latakia and Beirut, as well as by seasonal foreign traffic from Germany and Sweden.

The Russians, according to DEBKA Weekly’s military sources, have big plans to convert this modest local facility into a super-base for its ambitious plans, far in excess of the purposes served by Khmeimim just 500km away.

Qamishli, in short, is destined for transformation into the Command Center of Russia’s Middle East air, naval and ground forces – the counterpart of the forward headquarters of the US Central Command (CENTCOM) at Al Udeid Base in Qatar. This hub is also intended to parallel the US Ayn al-Asad Airbase in next-door Iraq’s western Anbar province.

DEBKA Weekly’s sources add that the Russians intend installing in the enlarged Qamishli airport precinct their most advanced command, control, communications, intelligence and early warning system, able to cover Israel, Saudi Arabia and, essentially, the expanded US military deployment at Prince Sultan Air Base in central Saudi Arabia. Moscow’s strategic planners have evidently walked back from their plans to further develop a presence on the Mediterranean coast. They are now going full tilt in the opposite direction, keen on competing with US military holdings in the Gulf, Saudi Arabia and Iraq.