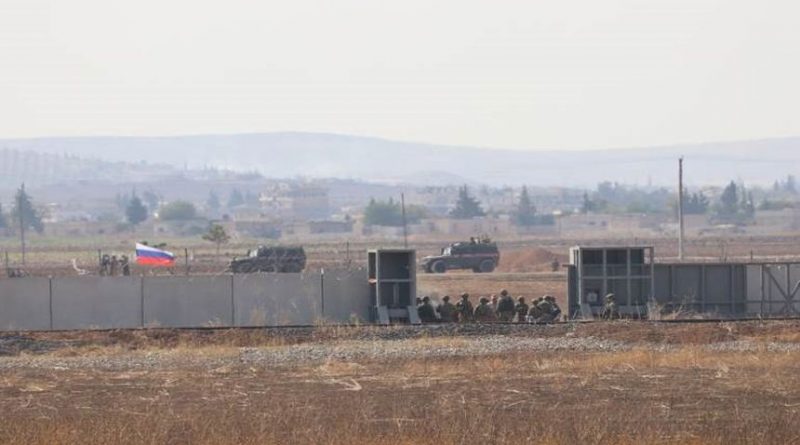 The arrival this week in Qamishli of 50 Russian military trucks, 300 troops and hardware confirmed the revised US intelligence regarding Moscow’s military intentions in Syria, as DEBKA Weekly 869 first revealed on Nov. 8.

Until recently, US strategic experts estimated that Moscow’s interests focused on expanding its Mediterranean coastal footholds up to Libya, for which the Khmeimim air base was designed. This US assessment changed abruptly two weeks ago, when the first Russian military delegation arrived in Qamishli, capital of the Kurdish cantons in northern Syria.
The delegation was first thought to be looking for accommodation for the Russian troops taking part in joint patrols with Turkey along a 10-km deep strip on the Syrian-Turkish border.  But when Russian officials were photographed closely examining Qamishli airport and asking Syrian and Kurdish officials technical questions, warning signals flashed. Moscow was now seen to be eying Qamishli airport for conversion into a major military airfield to compete with expanding US military involvement in the region.

The Russians were then discovered negotiating a 49-year lease for Qamishli airfield with local Kurdish authorities. That contract was to keep part of the area in civil aviation use, while a large section was to be closed off as a Russian military facility.

The deal is evidently now in the bag. DEBKAfile’s military sources report. Substantial Russian military forces have since arrived at Qamishli: 50 trucks with 300 soldiers, consisting of a combat contingent for securing the new Russian air base and an engineering unit to build it; Mi-35 and Mi-8 assault helicopters have also landed, as well as Pantsir-S air defense systems for stationing around the facility.

Loud explosions emanating from the site in the last few days indicate that construction work has begun for expanding the small Qamishli airport into a large air base able to accommodate the landings of Russian fighter jets and large air freights. Moscow has clearly decided against allowing the US military to play unchallenged on the strategic playing field of northeastern Syrian and negotiated a counter-bid with America’s own Kurdish allies.