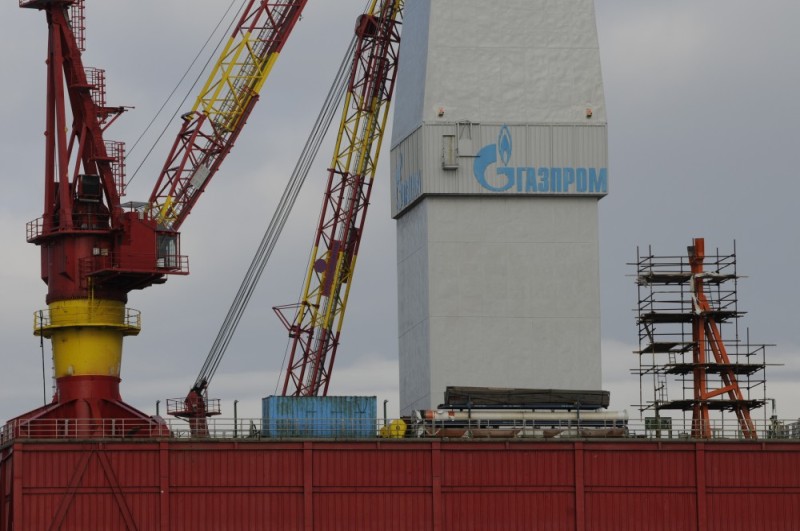 Without asking Damascus for permission, two Russian driller vessels this week began exploring for gas and oil in a square of east Mediterranean water just 35km off the coast of Syrian Latakia. First revealed here by DEBKA Weekly’s exclusive military and intelligence sources, this was Moscow’s first energy prospecting venture in the Mediterranean Sea.

When Russian Defense Minister Gen. Sergei Shoigu arrived in Damascus on March 18, he finally let Syrian President Bashar Assad know about the venture – but only after it was in full swing. Shoigu then retired to the Khmeimim Airbase near Latakia to launch a reassessment of Russia’s military deployment in Syria, in light of the new strategic partnership Assad struck with Tehran behind Moscow’s back. Shoigu warned the Syrian ruler that there would be consequences. One may have been Russia’s energy-prospecting expedition without asking Damascus. (See two separate articles on this development.)

The Admiral Gorshkov class guided missile frigate was meanwhile detached from the Russian Northern Fleet to guard the driller-vessels. It is armed with the new Russian hypersonic Zircon missile making its Middle East debut. The frigate passed through the Strait of Gibraltar into the Mediterranean on March 12, accompanied by a flotilla of logistical support and supply ships.

Russia’s energy-seeking exploration venture was double-tasked. It coincided – and not by chance – with the arrival in Israel on Wednesday, March 20 of US Secretary of State Mike Pompeo and Assistant Secretary for Energy Resources Francis R. Fannon. They came for just a few hours to attend the Sixth Trilateral Cyprus-Greece-Israel summit for “furthering the development of energy resources and security in the eastern Mediterranean.” It was attended by Greek Prime Minister Alexis Tsipras, Cyprus President Nicos Anastasisdes and Israel’s Binyamin Netanyahu.

DEBKA Weekly reveals that this conference was called specifically to approve a concrete project: the 1,900km East/Med Pipeline, which is designed to connect Israel’s offshore gas deposits to Greece via Cyprus, which has smaller offshore deposits, and on to Europe. Its annual capacity of 10 billion cubic meters should cover approximately one-tenth of Europe’s gas consumption.

The presence of Pompeo and Fannon at the East Mediterranean summit underlined the Trump administration’s interest. The East/Med project, when finished, may partially replace Russia as Europe’s main supplier of gas. Today, two-fifths of the continent’s imports are Russian supplied. Washington also has an interest in the shared pipeline consolidating ties among three US allies, Israel, Greece and Cyprus, as a counterweight to the expanding footsteps in the region of Russia and Iran. The gas piped by the East/Med pipeline will have to be competitive in price in order to win Russia’s European customers. However, Moscow also sees gain across the horizon. When Russian President Vladimir Putin sat down with Netanyahu at the Kremlin on Feb. 27, they discussed the possibility of Russia eventually hitching a ride on the East/Med pipeline – when it is built – for carrying to Europe the gas produced one day by Russia’s new wells off the Syrian coast.