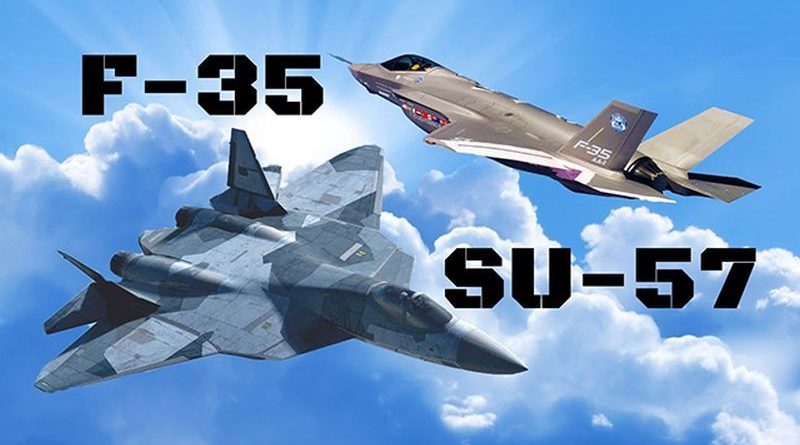 Russian Su-57 fifth general multirole fighter jets were again tested in Syria and successfully performed all their planned tasks, Russia’s Chief of Staff, Gen. Valery Gerasimov, told foreign military attaches in a briefing on Tuesday, Dec. 17. “The trials continue,” he was quoted by the Red Star as saying. He also revealed thate alsoHe al Russian air and military units had taken delivery of 139 modern aircraft during 2019.

According to DEBKA Weekly’s military sources, the Su-57 tests took place in the first half of December. The US and Israeli air forces, realizing what was happening, then stopped flying their F-22 and F-35 stealth planes over Syria to deny the Russians any more opportunities for testing their new aircraft against advanced American warplanes in real air combat conditions. Israeli F-35 jets confined their operations to targeting Iran’s important military facilities in the Abu Kamal region in the east, under an umbrella provided by US F/A-18 Hornet fighters.

The US-made F-35 is not rated highly for its dogfighting capabilities but excels rather in air-to-air kills by missiles. It is essentially a strike fighter with multirole capabilities, strike missions being a daily occurrence, whereas the stealth feature is necessary against advanced air defense systems.

While the Russian Su-57 stealth fighter is still beset with technical problems, its long-term threat is held to be impressive. The former Russian air force chief, Gen. Alexander Zelin, described its mission as air dominance and as a “project force over large distances.” It has a large bomb bay and can carry many types of ground attack weapons. According to the government-owned Sputnik News, the Su-57 will carry a stealth cruise missile.

Indian aviation experts, after testing the aircraft, found significant problems such as engine performance, the reliability of its AESA radar and poor stealth engineering. However, when these glitches are cured, this Russian stealth jet will “outclass all current NATO 4th or 4.5th generation fighters in almost very respect.” It will likely be able to engage any of them before it is detected, outmaneuver them in a dogfight and have better penetration capacity against air defenses.

At the same time, the Su-57’s capability against sophisticated air defenses will not nearly match that of the F-22 or the F-35. This is confirmed in Russian sales promotion blurbs which claim an ability to “intercept aircraft with .01 sq. m. radar cross section,” which does not cover the F-22 and F-35. While Russian aviators tested the new stealth plane’s capabilities against comparable American planes, American and Israeli air crews were also busy studying the improvements introduced in the Russian Su-57s and learning how to beat then. Information on the new stealth planes is meanwhile building up in the data bases of the US, Israeli and also the Russian air forces.