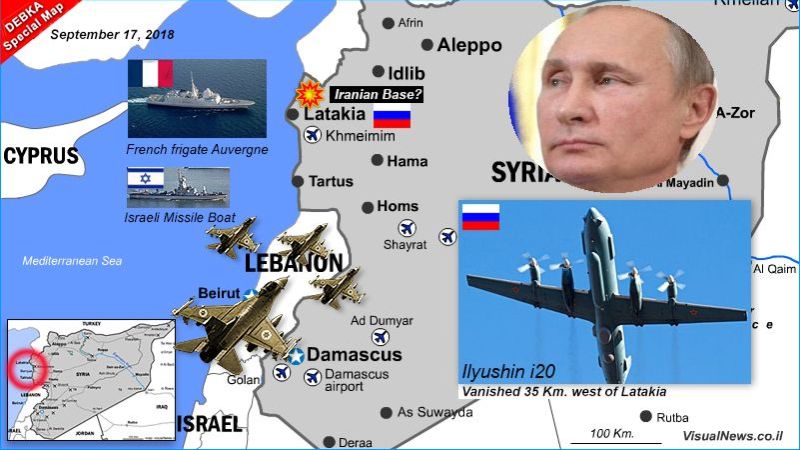 The US and Russia have skidded into an unacknowledged cold war. DEBKA Weekly’s analysts find the two powers going head to head on four fronts:

Russian President Vladimir Putin is actively managing the four fronts, shuffling them from day to day with tactical facility, in accordance with the strategic circumstances of the moment. Several lucky cards have dropped in his hand. The US-Chinese trade war – and the personal duel between Presidents Donald Trump and Xi Jinping – have brought Beijing closer to Moscow and consolidated their military pact. Putin is happy to help Trump reach a denuclearization accord with North Korea – up to a point – calculating that it would result in a reduced US nuclear presence in Asia, a shared Russian-Chinese interest.

But Moscow is even more keen on deepening the rift between Washington and Tehran, which offer multiple dividends for furthering Putin’s broad objectives: The quarrel helps Russia consolidate its strategic and military foothold – not just in Syria, but the Middle East at large. By wooing Turkish President Tayyip Erdogan, he is also distancing Ankara from NATO and weakening the Western alliance. (A separate article reveals Russia’s go signal for Turkey to attack US-allied Kurds.)

Putin is also working on distancing the pro-US Gulf oil emirates from Washington and stepping in instead and breaking up the close US-Israeli military and intelligence partnership. By tampering with the US midterm election campaign, the Russian president hopes to further sharpen the antipathy between Democrats and Republicans and so weaken America from within.

Putin is already making inroads on Trump’s key policies. One striking success is Russian-Saudi cooperation for pushing up the price of oil in the face of US resistance. On Sept. 20, Trump reacted angrily on Twitter: “We protect the countries of the Middle East, they would not be safe for very long without us, and yet they continue to push for higher and higher oil prices! We will remember. The OPEC monopoly must get prices down now.”

This complaint was greeted with a shrug by the Saudi Oil Minister Khalid al-Falih. Speaking for Crown Prince Muhammed bin Salman, he said on Tuesday, Sept. 20: “I do not influence prices.” He was talking to reporters as OPEC and non-OPEC energy ministers were meeting in Algiers. The meeting ended with no formal recommendation for boosting output to bring the soaring prices under control.

Putin’s luckiest break turned up out of the blue on Sept. 17, when a large Russian IL-20 spy plane was shot down by Syrian air defense fire off the Syrian Mediterranean coast and all 15 servicemen aboard lost. An Israel air raid that day had targeted an Iranian ballistic missile consignment stored in Latakia, western Syria, for delivery to Hizballah. The Russian Defense Ministry immediately blamed Israel for the disaster. It took the Russian president a few days – until Sunday and Monday, Sept. 23-24 – to add his voice to his ministry’s recrimination. The five-day delay is significant. It was used to further four of Putin’s objectives:

Putin was willing to go to extreme lengths for these objectives. And so, on Tuesday, Sept. 24, Defense Minister Gen. Sergei Shoigu made military history by openly declaring an electronic war against Israel across Syria and the eastern Mediterranean. ”Russia will jam satellite navigation, on-board radars and communications systems of combat aircraft which attack targets in Syrian territory in the regions over the waters of the Mediterranean Sea bordering on Syria,” the minister said.

This threat was aimed primarily at the US military in Syria, on the premise that the American presence is backed by Israeli military power.