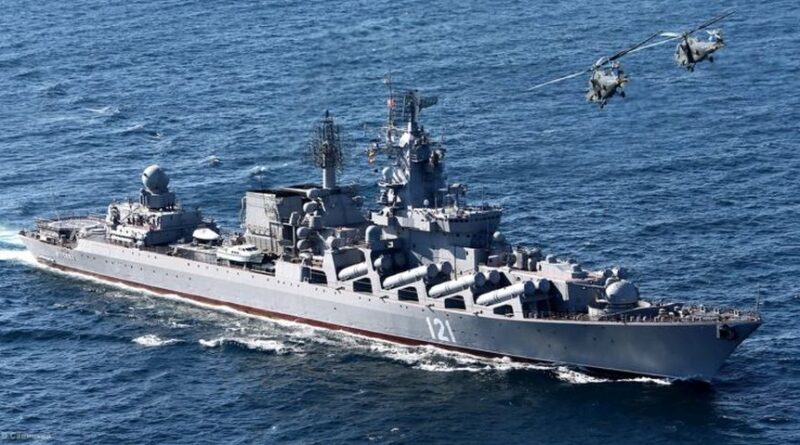 Iranian vessels carrying oil and wheat supplies to Syrian ports will henceforth be escorted through the Mediterranean after exiting the Suez Canal, Iranian and Russian sources reveal. A recent trilateral meeting took place between Russia, Iranian and Syrian officials to find ways of breaking the US and European blockade against Syria. They launched “a joint mission to improve multilateral coordination to secure the delivery of oil to Syria.”

The decision did not cite Israel although, according to a report last month from US sources, Israel had in two years attacked 12 Iranian tankers on their way through the Mediterranean to Syrian ports. Nonetheless, although the Russian mission openly referred only to the US and European i.e., NATO blockade, Israel will certainly heed the deterrent effect implied by the Russian naval mission and make sure to avoid tangling with Russian warships securing Iran’s shipments to Syria.

A Russian source indicated that the naval escort would apply to four Iranian tankers plying the route to Syria with consignments of crude and gas: “The supply of oil will continue during the coming period,” the source stated, “by a number of Iranian ships to be sent to Syria in a single batch and assured by the Russian Mediterranean fleet of safe passage to Syrian ports – continuously until the end of this year.”

It was not clear whether all four Iranian tankers were to enter the sea in a single batch or run a continuous delivery route to Syria. The Russian statement also referred to ships carrying “foodstuffs and some basic commodities including pharmaceutical industry [products], in particular.”.

The Russian source stressed that Moscow and Tehran set up the naval escort mission in view of the appropriation of Syrian oilfields by US forces and the transfer of their output to Kurdish elements in northern Syria and Iraq. The Syrian oil minister Bassam Tomeh claimed that the Americans had pumped $92 billion (!) worth of oil from the Deir ez-Zour fields.

DEBKAfile’s military sources note that until now, Russian warships had been observed escorting only a single Iranian tanker to Syria after it passed through the Suez Canal into the Mediterranean. (Picture: Russian cruiser Moskva.) Another Iran-Syria deal referred to a cargo shipping line to have opened up this month between Bandar Abbas and Latakia. But no sign of this has been detected.