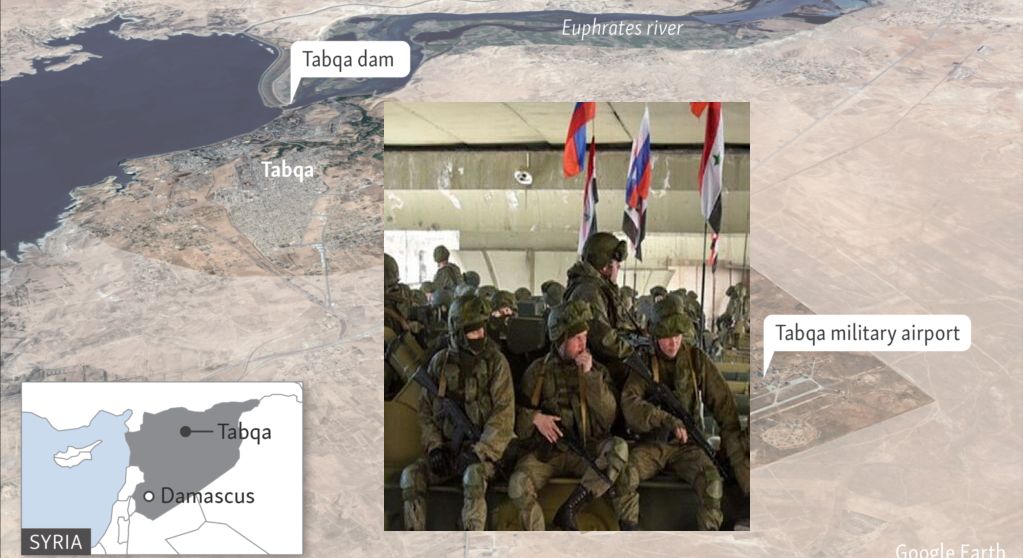 President Vladimir Putin hosts his Turkish guest Recep Erdogan at Sochi on Tuesday, Oct. 22 as master of northern Syria after his special forces began moving into evacuated US positions including the big Tabqa air base. US Defense Secretary Mark Esper said on Saturday that the 1,000 American troops withdrawing from Syria would go to western Iraq. He did not rule out counter-terrorism operations against ISIS from Iraq into Syria, “after the details are worked out.”

Esper made no reference to negative Turkish or Syrian military steps or the situation of the Kurds. Washington has evidently shunted those problems over to the new reigning power in eastern Syria, i.e. Moscow.

The Putin-Erdogan meeting takes place at the end of the five-day ceasefire negotiated between the US and Turkey for Kurdish forces to retreat from an agreed security zone along the Syrian-Turkish border.
DEBKAfile’s military sources report that Tabqa air base, taken over by Russian forces on the heels of the Syrian army, is large enough to accommodate Russian bombers and air cargoes. Located near the largest Syrian dam on the River Euphrates and 40km from Raqqa, it offers Moscow complete control of eastern Syria including the Kurdish regions of the northeast and the Syrian-Iraqi border, excepting only the large US garrison at al Tanf which sits athwart the intersection of the Syrian, Iraqi and Jordanian borders.

The radical realignment of strength in these regions was almost certainly coordinated between Washington and Moscow, like the other military steps emanating from the Turkish incursion of Syria against the Kurds.

Having appealed to Moscow and Damascus to halt the Turkish intrusion into their lands, Syria’s Kurdish leaders understand that responsibility for their fate has passed from Washington to Moscow. Their bitter complaints of betrayal and abandonment by America, and appeals for aid from Israel, are therefore aimed at raising popular sympathy in the West, knowing that Moscow is their only realistic address for claiming support.

Putin therefore finds himself in a similar situation to that of President Donald Trump at the outset of the Turkish operation (on Oct. 9). He must evade the charges leveled against the Trump administration of abandoning the Kurds of Syria to a genocidal Turkish army, after their gallant fight against the Islamist State, an enemy shared by the US and Russia.

The Russian leader will therefore need to confront Erdogan’s demand to occupy a “security zone” in northern Syria, to which Washington acceded, and lean hard on the Turkish president to start pulling all his troops out of the Syria and ending his military venture there. Kurdish forces have meanwhile complied with the US-Turkish truce stipulation and begun withdrawing from the besieged border town of Ras al-Ayn with their wounded civilians and fighters. This as a signal of their willingness for compromise, so long as one of the two big powers offers them military protection.
Moscow’s expanded military and air force control over northern and eastern Syria, following the US pullback, calls for an extension of the Israeli-Russian military cooperation deal that limits Israel’s air strikes against Iran to the north and the west. Addenda to these understandings will need to be negotiated. Therefore it may be assumed that Prime Minister Binyamin Netanyahu will soon be flying to Sochi discuss coordinating with Putin and his defense chiefs in which parts of eastern Syria the Israeli Air Force is allowed to hammer Iranian and its allied forces and which are barred.