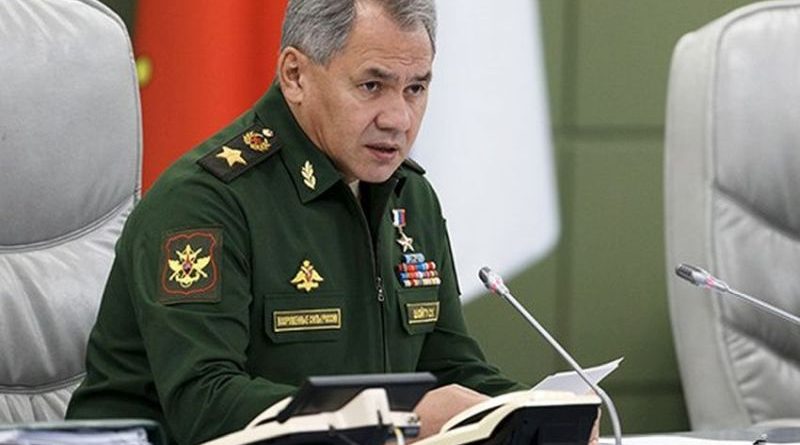 After a year’s absence from the Syrian arena, Russia’s Defense Minister Sergey Shoigu, turned up in Damascus on Monday, March 23 on a surprise visit for talks with Syrian President Bashar Assad. He was on an errand to convey in the strongest terms President Vladimir Putin’s wish to immediately cool the warfare over Idlib, the last Syria province still out of Assad’s control.

Putin had backed the Syrian offensive to recapture this northern province as a means of deepening the dissonance between Turkey, on the one hand, and Washington and NATO, on the other. However, since Ankara showed no sign of backing down, Russian and Turkish forces were well on their way to a clash of arms over Idlib. And, meanwhile, Putin’s maneuver had been stood on its head. Turkey’s Recep Erdogan hadmanaged tomend his fences with the Trump administration.

Indeed, Erdogan had agreed to acquire US Patriot anti-missiles missiles to operate alongside the S-400 systems he purchased from Russia, after the White House approved the sale to Ankara of long-range AIM-120 air-to-air missiles. These AMRAAMs will enable the Turkish air force to conduct air strikes over Idlib without leaving Turkish skies.

Neither Putin nor his intelligence counted on this outcome of their Idlib ploy. But once it happened, the Russian-backed Syrian Idlib offensive was bound to go awry and bring Russian troops face to face with their Turkish counterparts. Russia would then lose much of its leverage in the Syrian arena. The Russian president therefore decided to apply the brakes on the Idlib disaster.

Erdogan paid for the American missiles with a trade, namely a commitment to withdraw his threat to open Turkey’s borders for a surge of refugees from Idlib to enter Greece and then Bulgaria.

According to DEBKA Weekly’s military sources, the last rounds of warfare in Idlib were not fought by Turkish and Syrian troops, but by Syrian Turkman militias backed by Turkey and Hizballah-Shiite militias under the command of Iranian Revolutionary Guards officers. After losing 27 troops in battle earlier this month, the Turkish army changed its tactics to aerial assaults.

Gen. Shoigu warned the Syrian president this week that Moscow would not tolerate any further violations of the ceasefire agreed between Putin and Erdogan last month. This means that the Syrian army will have to be satisfied with cornering the Syrian rebels, led by the powerful Hay’at Tahir al-Shams militia, in the north, and control of Highway 5 from Aleppo to Damascus. Assad will have to put his next plan to capture Highway 4 linking Aleppo to Latakia on ice for another opportunity.

The Russian defense minister also cautioned Assad against turning the forces freed up from Idlb against the Kurds to the east and crossing the Euphrates River for this purpose. The Russians still hope to win Syria’s Kurds around to cooperation for swinging a political arrangement with the Assad regime.