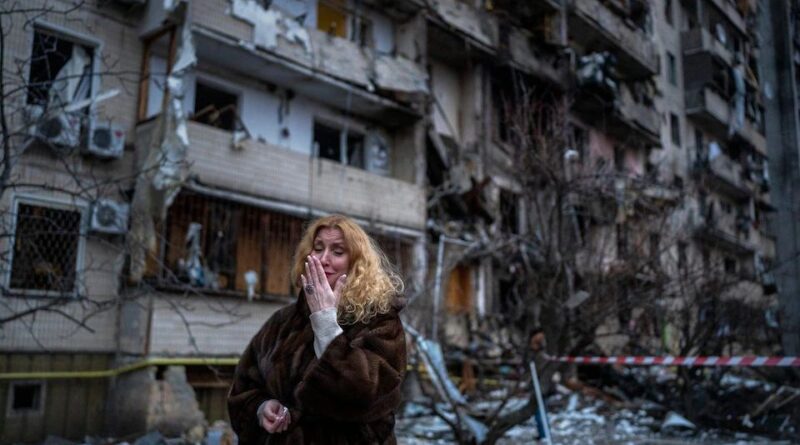 “I’m the No. 1 Russian target and I stay in Kyiv,” said Ukraine President Volodymyr Zelensky on Feb. 25, day two of the Russian invasion, as Russian forces closed in on the Ukraine capital from four directions amid heavy air and missile bombardment.  Residents dived for shelter, maintaining that the bombardment was the heaviest they had seen since Nazi Germany’s assault on their town in 1941. Western military sources expect Kyiv to fall to the Russian army before the end of Friday, setting the scene for regime changeover.

Those sources estimate that Russian forces sustained around 450 deaths on Thursday, the first day of the invasion.

The nuclear issue raised its head on Thursday, Feb. 24, the first day of the Russian invasion of Ukraine, when President Vladimir Putin warned that an attempt take down his army would meet with an “instant” response “unprecedented in human history.” A short time later, the Chernobyl nuclear reactor was in Russian hands, just 150km from Kyiv.

As Russian armored vehicles drove through the streets of the capital after disabling Antonov international airport on its outskirts, the Russian ruler was seen to be a short step from toppling the Zelensky government and substituting a pro-Russian regime. The mayor of Kyiv imposed a night curfew on the city from 10 p.m. to 7.a.m on Friday.

During the day, Russian forces drove into Ukraine from the north, south and east. Missiles struck strategic and military infrastructure and bases.
The number of casualties is unknown but is thought to number scores at least. The Defense Ministry reported that the entire Ukrainian air defense system and air bases had been “neutralized.” This meant that Russian tanks and artillery can continue to advance without fear of attack from the air. Moscow is estimated to have brought 100 warplanes of different types into the initial phase of the Ukraine operation.

In his furious second speech in two days, US President Joe Biden accused Vladimir Putin of “an unprovoked and unjustified attack by Russian military forces.” He reiterated that American soldiers “would not engage the Russian army in Ukraine” but would “defend our NATO allies to the best of our ability.” He stressed: “An attack on one would be on attack on all.”

Among the tough sanctions he ordered for Moscow were a cutoff of funding in dollar, sterling and yen currencies, exclusion from the SWIFT international exchange system restrictions on imports and exports. He said he acted on behalf of America’s allies who accounted for one half of the global economy. At the same time, oil and wheat prices soared on world markets in expectation of serious shortages. Stocks dived and gold went up.

Biden’s comments came amid tense speculation over Putin’s next moves. Some military analysts believe his army is strong enough to complete the Ukraine operation against strategic targets and effect regime change in no more than 48-72 hours, but Western intelligence agencies are asking whether he does not envision driving further west after Ukraine and attempting to redraw the map of Eastern Europe