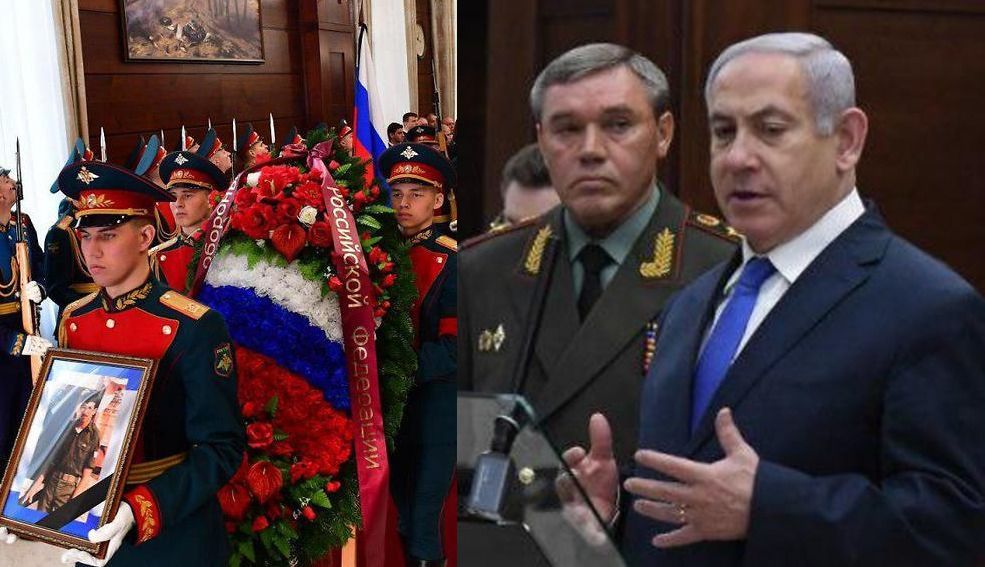 A special memorial ceremony for the missing Israeli soldier Zachary Baumel took place at the Russian Defense Ministry on Thursday, April 4, led by Russian Chief of Staff Gen. Valery Gerasimov in the presence of visiting Prime Minister Binyamin Netanyahu. This was the first known instance of the Russian High Command conducting a military ceremony with full trappings in honor of a foreign serviceman. Baumel had been missing for 37 years since the First Lebanon War until his remains were recovered and returned to Israel by the Russian army on Wednesday.

DEBKAfile’s military sources note that the exceptional honor awarded by the Russian high command to Israel and its defense forces marks the strengthening of ties between Moscow and Jerusalem and their armed forces. It also ends their disagreement over the downing of the Russian IL20 spy plane over Syria last September.

A guard of honor and Gen. Gerasimov in person greeted Netanyahu, who doubles as defense minister, and his companions at the gate of the defense ministry, when they arrived from talks with President Vladimir Putin at the Kremlin.

At the start of their conversation, Putin stressed that Zachary Baumel’s remains were found by Russian troops “with Syrian assistance” at the Yarmouk camp near Damascus, once occupied by Palestinian refugees. He promised that Russia would keep on searching for the two Israeli soldiers who went missing with Baumel, the late Yehuda Katz and Zvi Feldman.
Conspicuous at the memorial ceremony was a casket containing Baumel’s last personal possessions. It was wrapped in an Israeli flag and flanked by two rows of Russian soldiers in full dress uniform. One held his photo. Netanyahu placed a wreath on the casket, before thanking Gen. Gerasimov: “This demonstration of honor and the sympathy of comrades-at-arms warms the heart and vindicates the principle that we must never leave anyone behind.”
Zachary Baumel is to be laid to rest in Israel on Thursday night.