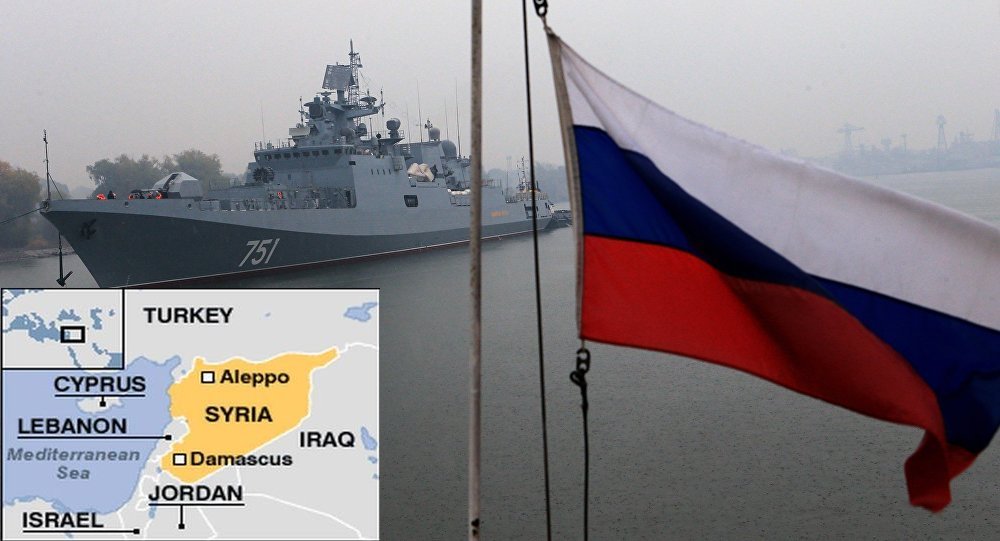 The Russian navy has announced cruise missile-firing drills off the Syrian coast starting on July 11 and 12. The area between the Syrian coast and Cyprus will be off-limits to air and shipping traffic on those dates and on July 18,19, 25 and 26, according to a Notice to Airmen issued by the Russian Black Sea Fleet. The drills of Kalibr-NK cruise missiles will be conducted by around 10 warships of the Russian Navy’s Mediterranean Sea task force.

DEBKAfile’s military sources report that the Russians have timed their drill to coincide with the two-day NATO summit in Brussels this week. Syria’s skies and shores will be closed to traffic in those days, which also fall four days before the July 16 Helsinki summit between Presidents Donald Trump and Putin, which will certainly cover the Syrian crisis. This closure will remove any outside obstacle for impeding the Russian-backed Syrian government takeover of Quneitra opposite Israel’s Golan border, after  they wind up their ongoing operation for gaining control of the Daraa province and the Syrian-Jordanian border.

Israeli warplanes will also find it hard to operate over Syria during the second half of July, starting from the 11th when Israeli Prime Minister Binyamin Netanyahu sits down with President Putin in Moscow. Putin is planning to counter Israel’s complaints with a demand for Netanyahu’s acceptance of the forcible Russian-Syrian takeover of the Quneitra region on its border from rebel control, an arrangement the Russians hope to model on the still unfinished Daraa formula.
The ground for an Israeli concession on this point was laid on Saturday, when Israeli military sources tried deprecating the presence of Iranian and Hizballah troops fighting with the Syrian army in southwestern Syria by claiming there were just a few scattered among Syrian soldiers, not organized combat units. DEBKAfile challenges this claim. According to our military sources, Hizballah’s elite commando Radwan Force as well as pro-Iranian Shiite militias are fighting in Daraa under the command of Iranian Revolutionary Guards officers. It is not clear which high-placed Israeli sources are putting out this false narrative which could have the effect of weakening Netanyahu’s negotiating position at his meeting with Putin.
The Americans appeared to be in conciliatory mode ahead of the Trump-Putin summit: The US Navy command ordered the USS Harry Truman aircraft carrier and strike force to sail out of the Mediterranean to the Atlantic, after conducting a joint exercise with the French Navy’s air force. French Rafale M Fighters landed on the Truman’s decks for joint drills with US F/A-18/F Super Hornets. As of Sunday, July 8, not a single US warship is to be seen between Syria and Cyprus. US jets can only now reach Syrian air space from Iraq or the Gulf.