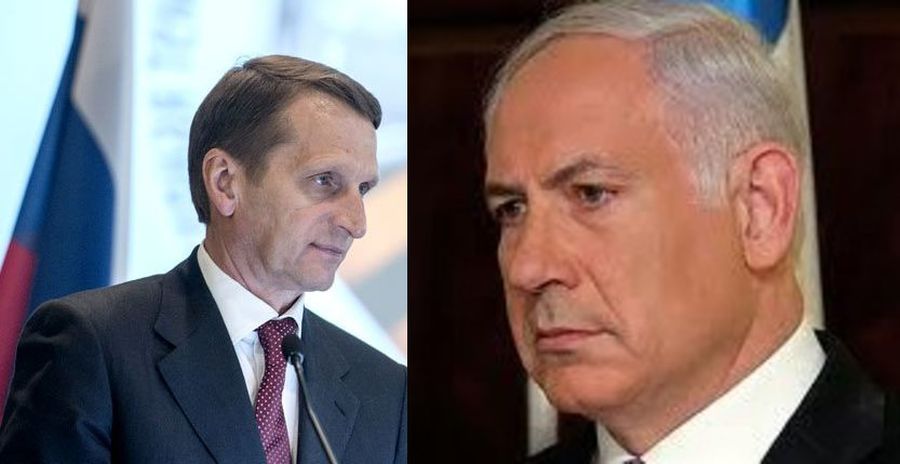 Sergei Naryshkin, head of Russia’s SVR foreign intelligence agency, was on an unannounced visit to Jerusalem on Thursday, Nov. 23.
DEBKAfile’s Jerusalem sources report that Naryshkin was the emissary for passing to Syrian ruler Bashar Assad Israel’s ultimatum: Give Iran military bases in Syria and Israel will abandon its six-year-old policy of military non-intervention in the Syrian conflict.

The spy chief, seen in Moscow as one of President Vladimir Putin’s closest advisers, also held secret, closed door talks with Defense Minister Avigdor Lieberman and Director of the Mossad, Yossie Cohen. They outlined to him the different aspects of the peril that  permanent Iranian military bases in Syria presented to Israel’s security. Naryshkin then drove to Ramallah for talks with Palestinian Authority Chairman Mahmoud Abbas. That last meeting was given a photo-op.

It was the first time that a senior Russian intelligence official had shuttled between Jerusalem and Ramallah, which may be a pointer to his boss’s intention of opening a door to a role as mediator between the Israeli and Palestinian leaders.
In Jerusalem, the SVR chief tried to persuade Israel’s top officials to cooperate with the de-escalation zones project  that was jointly initiated by the US and Russia in Syria. The answer was no, so long as the two powers don’t act in concert to prevent Iran from establishing a military presence in Syria. Naryshkin also assured them that the Sochi summit Putin staged last week with the presidents of Iran and Turkey was not directed against Israel. This gave some of the security officials pause for thought. However, directly after the Russian official’s departure, word was received that Hizballah was massing troops in southern Syria inside the Daraa de-escalation zone on the Jordanian border, and appeared to be heading west towards the zone bordering Israel.