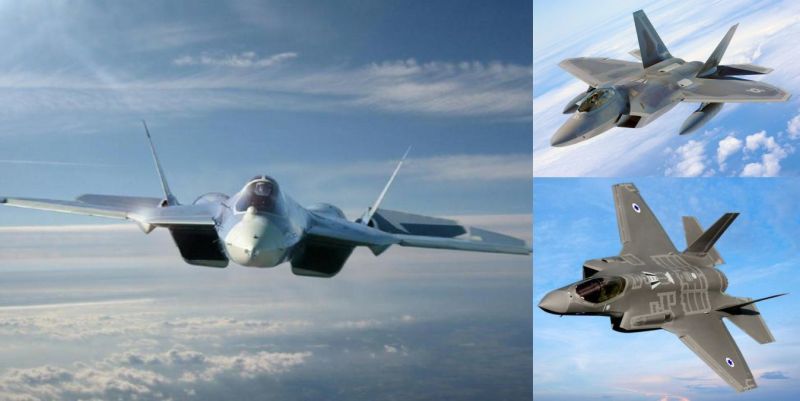 Russia appears to have deployed to Syria its most deadly and secretive weapon, the Sukhoi Su-57 PAK-FA, its answer to the US attack on Feb. 7 which left hundreds of Russians dead at Deir ez-Zour.

Their arrival signaled Russian preparation for a major escalation in Syria, after being caught unready on Feb. 7.

The Sukhoi-57 is a fifth-generation stealth fighter billed by Moscow as its “F-22 killer,” with enough power to take on the best of the US air force fleet – and win. It is listed in the Trump administration’s new Nuclear Posture Review as a developmental dual conventional and nuclear-capable strike aircraft. US intelligence believes that Russia’s new nuclear tactical X-50 air-launched cruise missile might fit into the Su-57’s weapons bays.

Until its arrival in Syria, Western intelligence estimated that the Su-57 it was still in the prototype stage and that Russia had less than a dozen functioning prototypes.

DEBKA Weekly’s military sources estimate that the Russian Su-57 was sent as a challenge to the US Air Force’s radar-invisible F-22, in retaliation for the decimation of the Russian, Syrian and pro-Iranian forces on Feb. 7 when they tried to cross the Euphrates River from Deir ez-Zour in order to breach a US-held line on the eastern bank. (See the next item in this issue.)

It is also Russia’s response to Israel’s air offensive on Feb. 10, which targeted the shared Russian-Iranian T-4 air base near Palmyra and smashed four Iranian Revolutionary Guards forward command centers in Syria, after downing an Iranian drone. In that raid, the Israeli Air Force used for the first time the newly acquired Lockheed Martin F-35 fifth-generation US combat aircraft, which is designed for ground attack and other missions. It was as recently as Dec. 6 that Israel declared its F-35 fleet operational.

A clash between the most sophisticated warplanes ever devised – and a test of might between the US and Russia – may be closer than ever imagined. If President Vladimir Putin were to order the Russian Su-57 into action in the boiling Syrian arena, this would represent an escalation unprecedented even in Syria.

Its very presence across the border has the effect of cutting down on the Israel air force’s freedom of action over Syria and Lebanon. On the other hand, Putin may be counting on the Su-57 posted at its new base in Syria for bringing the Trump administration around to rethinking its current strategy for northern and eastern Syria (more about which in the next article).