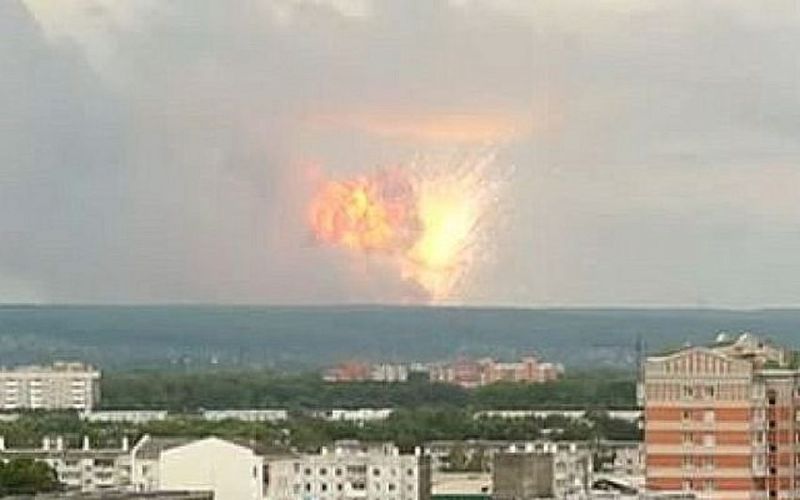 On July 1, 14 Russian sailors died in a fire aboard a nuclear-powered submarine in the Barents Sea. Moscow, after first withholding comment, allowed a top naval official to laud the men for giving their lives to prevent a “planetary catastrophe.”

On Aug. 8, a small nuclear reactor exploded while testing a missile that used “isotope power sources” on an offshore platform in the Arkhangelsk region near the Arctic Circle. Seven scientists were killed.

A spike in radiation at the nearby port city of Severodvinsk was briefly recorded by the local administration’s website. The Russian military then announced that radiation levels were normal, without disclosing information about the incident. However, news of the explosion set off a run on iodine (which prevents the thyroid gland from absorbing radiation) in nearby cities and towns.

Then, on Tuesday, Aug. 13, nine days after the explosion, the TASS news agency quoted the Russian meteorological service in Rosgidromet as reporting “radiation levels in the Arkhangelsk territorial system to be 4-16 times above the background rate of the ambient dose equivalent for this territory.”

Finnish and Norwegian radiation stations said cautiously that they would need a few days to conduct their own measurements.

It seems that, just as we may never learn the nature of the potential “planetary disaster” prevented by a Russian submarine crew on July 1, we may never know exactly what went wrong in Russia’s failed missile test with “isotope power sources” on Aug. 8.

The missile tested was the 9M730 Burevestnick (known in the West as SSC-X-9 Skyfall) which is driven by a nuclear reactor instead of a jet engine. This should in theory enable the missile to fly almost indefinitely and provide it with unlimited range. It could fly non-stop for days or weeks and whiz across the planet from end to end while striking targets.

In 2017, Moscow released a brief video of this futuristic weapon in flight – but not for long enough to prove that its novel propulsion system was really working or afford a view of its warhead.

On Aug. 8, according to Russian statements, the missile, using isotope power, exploded on an offshore platform. Unanswered questions hang over the effect if the explosion of a missile powered by a “small nuclear reactor” had occurred after its launch into the atmosphere or beyond. Would we have witnessed a Chernobyl disaster in space? The data available at present do not tell us how many countries would then be affected by deadly radiation, or the extent of casualties, whether immediate or long-term for lifelong victims.

Because the scale of such a catastrophe would be unknowable in advance, the Americans long ago gave up on Project Pluto, an attempt to develop a nuclear-powered missile during the Cold War. They dropped it when they failed to find a safe place to test their flying nuclear reactor or figure out how to build an engine that did not spew radioactive materials and contaminants. Watchers in the West assume that the comparable Russian experiment failed in the same way.