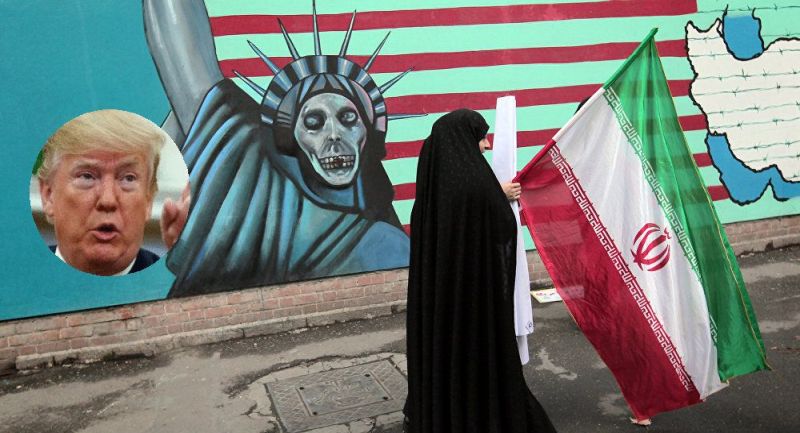 The Iranians were still signaling their wish for talks with the Trump administration amid the harsh sanctions re-imposed by the US on Tuesday, Aug. 7. President Hassan Rouhani said frankly in a state TV interview just hours earlier: “I don’t have preconditions. If the US government is willing, let’s start [talking] right now.” He denounced “Trump’s call for direct talks as only for domestic consumption in America … and to create division in Iran,” but went on to say: “If there is sincerity, Iran has always welcomed dialogue and negotiations.”

Less forgiving, US Secretary of State Mike Pompeo called the sanctions a US effort to “push back” against “Tehran’s “malign activity.” Describing Tehran’s leaders as “bad actors,” he said the administration is willing to look beyond sanctions, but to do so would “require enormous change” from Iran. Pompeo spoke on a flight home from a meeting of the Association of Southeast Asian Nations (ASEAN) in Singapore.

On Nov. 4, Iran, already struggling with financial disaster, faces another round of sanctions against its oil exports and central bank. With protesters clamoring on the streets, the Islamic regime sought to control the damage with scapegoats. On Sunday, security officers Sunday detained the central bank’s vice governor in charge of foreign currency, Ahmad Araghchi, the day after he was sacked, along with several other officials including a government employee and foreign currency brokers.

But neither the regime in Tehran nor the Trump administration has broken stride in their small, secret steps towards dialogue. The Omani Foreign Minister Yusuf bin Alawi appeared meanwhile to have been left behind, although Muscat mediated the secret diplomacy that led Barack Obama and Tehran to the 2015 nuclear accord. The White House has not explicitly rejected the Omani offer to test the ground in Washington and Tehran for openers to revised nuclear negotiations. But neither has he been armed with inducements for Tehran, which is why the Omani minister has not yet made that journey.

In any case, the Iranians seem to prefer to make their own way to the Trump administration. Iran’s proactive Foreign Minister Javad Muhamed Zarif is reported by DEBKA Weekly’s sources to have sent agents to the US to mobilize Americans of Iranian origin for contacting National Security Adviser John Bolton or members of his staff with Tehran’s offer to open up a direct US-Iranian channel without third-party mediation. Six years ago, Zarif used the same intermediaries for opening the back-door channel to the Obama administration for nuclear negotiations.

DEBKA Weekly has obtained a list of these intermediaries but is withholding their names for their personal safety. They were authorized to lay down one stipulation, namely, waivers from sanctions for Iran’s leading European and Asian trading partners to save its economy from meltdown.

There are three months to go before the most crippling penalties crash down on Tehran in November – time enough to for ample progress towards common ground, these agents were to tell Washington. On Tuesday, President Trump posted a tough warning on Twitter: “Anyone trading with Iran will not trade with us.” That is not being taken in Tehran as Trump’s last word. Iran is still waiting for a response to its invitation for dialogue.