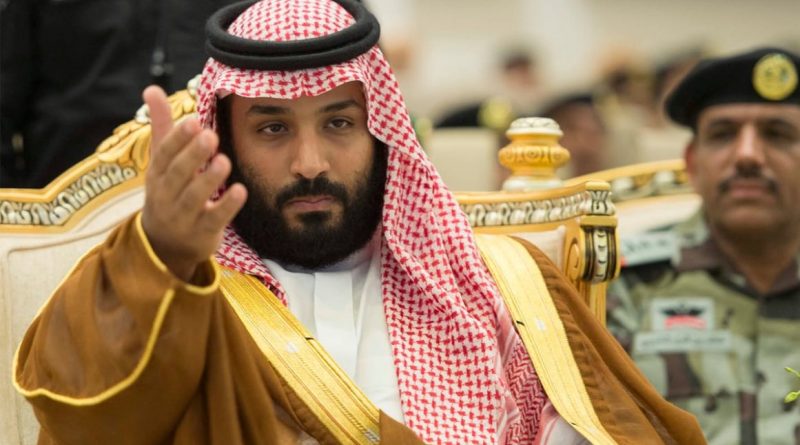 The dismissal of four senior Saudi defense officials decreed on Aug. 31, including two princes, was presented officially as part of a continuing cleanup of corruption in high places. Gen. Fahd bin Turki, commander of the Saudi Joint Forces, was retired from the army to be investigated for suspected corruption. Also fired was his son, Prince Abdulaziz bin Fahd bin Turki, the deputy governor of the northwestern Jouf province bordering on Jordan. The two princes, along with four other officials face a probe into “suspicious financial dealings” at the Ministry of Defense.

The dismissals gave wings to speculation that the Saudi de facto ruler, Crown Prince Mohammed bin Salman (MbS), 35, was engaged in his latest purge of likely obstacles within the family circle to his accession to the throne upon the death of his ailing father, King Salman bin Abdulaziz

General Fahd is a full cousin of MbS – his father, like King Salman, belonged to the exclusive circle of powerful full brothers known as the Sudairi Seven, which also included King Fahd, Crown Prince Sultan and Crown Prince Nayef.

MbS’ ouster of Mohammed bin Nayet to replace him as crown prince last June left pockets of simmering antagonism in elite royal circles over what was seen as a power grab that broke up the preset line of succession to the throne. The highest-ranking princes of the realm, who expected to become kings, were left clutching at thin air. They now appear to suspect MbS of planning to perpetuate his own princely line by appointing the next crown prince as his successor.

The general’s son as deputy governor of Jouf may also be suspected also of being in cahoots with Jordanian opposition groups just across the nearby border.

Since early 2018, General Fahd, a career soldier, has been the commander of the Saudi-led forces fighting against the Iranian-backed Houthi insurgency in Yemen. Displacing him may offer a neat solution for the Crown Prince to signal a change of Riyadh’s Yemen policy. This campaign costing the oil kingdom an estimated $1bn per month has deteriorated into a high-cost fiasco. The Saudis have long been urged by Washington to give up and change course but are reluctant to concede defeat to an Iran-backed victor without a diplomatic face-saver.

The arrival in Riyadh on Sept. 1 of the crown prince’s good friend, President Donald Trump’s senior adviser Jared Kushner, came in the middle of the furor over the defense ministry dismissals. Kushner was on a mission to persuade MbS – and as many Arab rulers as possible – to join the United Arab Emirates’ epic decision to establish normal relations with Israel. They all share a common enemy in Tehran and are closely allied with Washington.

However, the Crown Prince is wary at this time of antagonizing the Saudi Arabi’s staunch religious establishment any further, after forcing them swallow a number of liberal, modernizing reforms, for fear that the Wahhabist imams might line up behind the opposition to his rule. MbS therefore asked Kushner to be satisfied with another landmark decision, permission to allow all flights to and from the UAE to pass through Saudi skies after this week’s historic precedent of the first Israeli commercial flights to cut through the kingdom’s air space.