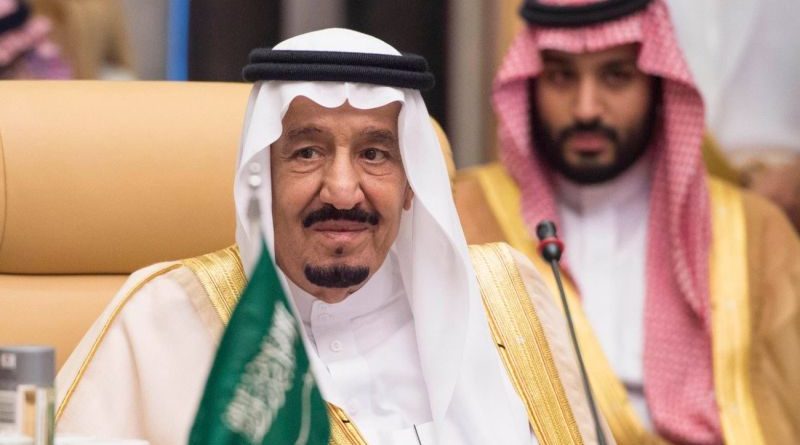 The detentions on March 5 of Ahmed bn Abdulaziz, the brother of King Salman Bin Abdulaziz, and his nephew, former interior minister Mohammed bin Nayef, whom Mohammed Bin Salman (MbS) displaced as crown prince, were not linked to a coup attempt as rumored. Their removal marked the rungs set in place on the crown prince’s ladder to the throne, with the firm support of his father, the king.

This rationale likewise dictated the mass arrest in November 2018 of senior princes and tycoons, who were corralled in the five-star Ryadh Ritz Hotel until they coughed up their fortunes to bankroll MbS’ policies.

The king has consistently bestowed his blessing on the power grabs and policies of his favorite son, the 34-year old MbS. For them, the targeted detention of opponents is part of the orderly transition of the monarchy to the crown prince. They are being disarmed in good time, especially if they make trouble against the crown prince’s policies, reforms or the oil kingdom’s adjustments to global challenges.

This support keeps Prince Mohammed safe from opposition – even in the face of reverses. He has survived his ill-fated intervention in the Yemen war, the murder of the Saudi journalist Kashoggi, which scandalized the West; and the Iranian missile attack on Saudi oil facilities that cut production by half. Aramco shares declined this year by 18pc, undercutting its market value from a peak of $2 trillion in December to 1.5 trillion in March.

The king stands by him every step of the way. Their purges may be reversed when it serves their purpose. Khalid Al-Falih was axed as energy minister and Saudi Aramco chairman in the lead-up to the oil giant’s initial public offering last year. Last month, however, he was restored as head the newly created ministry of investment. With experience in managing large projects and worldwide contacts, Al-Fatih was chosen to win back foreign investors and rebuild growth at a time of serious economic fallout from negative publicity followed by the coronavirus pandemic.

(From Thursday, March 26, Saudi Arabia was under lockdown and had banned entry and exit from the pilgrimage cities of Mecca Medina and the capital, Riyadh, after two deaths and 900 confirmed infections.)

Al Falih is charged with unlocking foreign investment as a key to Prince Mohammed’s goal to diversify the economy of the world’s largest oil exporter away from crude to new industries and tourism. He is part of a team consisting of MbS’ closest advisers, such as the Public Investment Fund head Yasir Al-Rumayyan, who was appointed chairman of Aramco last year for the launch of the national oil company’s offering.

They are now overseeing a dramatic somersault in traditional Saudi oil policy which aims to massively increase production and sales. This is the crown prince’s rejoinder for the collapse of the OPEC supply cut agreement with Russia and the onset of a price war between Riyadh and Moscow.

On March 10, Aramco announced that as of April 1, 12,3mn bpd would be made available to clients. While locked in a price war with Moscow, the Saudi prince is happy to reverse or halt the growth of US shale while flooding world markets with cheap oil, even though OPEC partners and Gulf allies are in line for the worst damage.

Aramco may not abide by its announced production volume. The 12.3mn bpd is well in excess of Aramco’s sustainable production capacity and the steep rise from the current levels of just over 9.7mn bpd is unattainable without the Saudi company digging into its crude inventories to keep up.

The $2 trillion stimulus package endorsed by the US Senate on Tuesday, March 24, drove a rally in prices, but collapsing demand and the fast-expanding glut of oil make a price recovery unlikely.