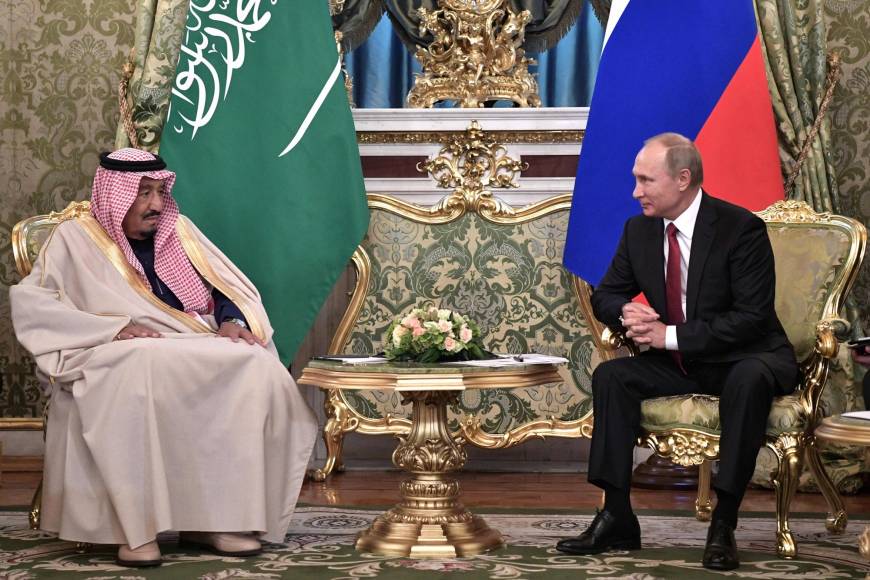 This policy, to be announced on Oct. 12 will, according to DEBKAfile’s sources,  introduce new sanctions against Iran’s hard-line Revolutionary Guards Corps (IRGC), while refraining from taking the United States out of the nuclear pact (JCPOA).
He is expected to extend this pact on Oct. 15 for another 90 days, by certifying that Iran is in compliance with the terms of the accord it signed with six world powers in 2015.

In his comments on Wednesday, Oct. 4, Secretary of State Rex Tillerson indicated that the pact was not the most important aspect of the administration’s Iran policy, when he said: “The JCPOA represents only a small part of the issues we have to address with Iran.”

The 82-year old Saudi king, and his powerful son, Crown Prince Muhammed Bin Salman, are now persuaded that even in the capacity of President Trump’s senior ally in the Sunni Arab camp he created during his Riyadh visit last April, Riyadh is not precluded from developing relations with the most powerful player in the region, Vladimir Putin.
As far as Riyadh is concerned, Iran’s nuclear program is not much of a problem – the Saudis have long accepted its inevitability. They are far more concerned by the failure of Trump’s Iran policies, new or old, to stop Syria and Iraq from running downhill into the wrong hands.
They see Iran, far from pulling out of the two war-torn countries, deepening its military grip. The Saudis feel they are left out in the cold by proactive Russian-Iranian-Hizballah military cooperation in Syria and control of the Syrian-Iraqi border. This military pact has been strengthened by Turkey, to form a relationship that was celebrated Wednesday by President Tayyip Erdogan’s visit to Tehran, accompanied by Turkish Chief of Staff Gen. Hulusi Akar.

For even minimal influence over Syria’s fortunes, the Saudis realize they must open doors to the Kremlin. They also understand that Putin alone has the clout to make Tehran limit its backing for the Yemeni Houthi insurgency, which a Saudi-led coalition is fighting.

Indeed, Russian influence weighed in recently behind Tehran’s decision to withhold from Houthi forces the high-precision ballistic missiles they demanded for wreaking serious damage to Saudi cities.
King Salman arrived in Moscow with four instruments of persuasion in his pocket:

In July 2015, when the friendship between the then Crown Prince Salman and President Putin blossomed, Riyadh pumped $10 billion of investments into the Russian economy.

However, two months later, President Putin ordered the massive expansion of Russian military intervention in Syria to rescue Bashar Assad’s rule, although it is anathema to Riyadh. He has never budged from this goal.

This goes to show that even lavish Saudi petrodollars have a limited impact on Putin’s strategic designs for the Middle East. And so Salman can’t be sure even in three days of talks to sway the Russian leader from his path.