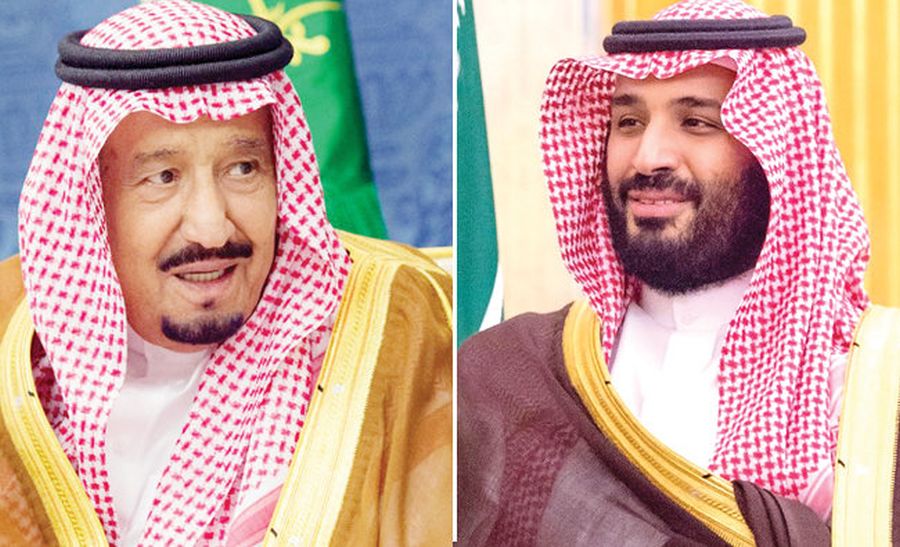 The next Saudi King Crown Prince Muhammad and Israel agree that Iran is the biggest threat to the region, but Israel’s top soldier rules out initiating an attack on Hizballah.

Two London publications on the same day, Thursday, Nov. 17, shed unusual light on the next chapter in Saud royal history, as well as on the hitherto semi-clandestine ties between Riyadh and Jerusalem.

The London Daily Mail, quoting “a source close to the Saudi royal family” reported that King Salman, 91, intends to give up the throne next week and name his son, Crown Prince Muhammad bin Salman, 32 as his successor. The king will reportedly confine himself to ceremonial duties like “the queen of England,” retaining only the title of “Custodian of the Holy Shrines.”

Near two weeks ago, Prince Muhammad ordered 500 notables, including princes, former ministers and business leaders detained on charges of corruption. The British newspaper carried the first photos of the distinguished detainees sleeping on mattresses on the floor of the five-star Carlton Ritz Riyadh.
After he is crowned king, the prince will focus on Iran, according the Daily Mail. His plan is “to start the fire in Lebanon, in the hope of Israeli military backing.” He is convinced he has to hit Iran and Hizballah – contrary to the advice of the royal family – and will enlist the help of the Israeli military to crush Hizballah, for which he has promised Israel billions of dollars if they agree.”
The source stressed: MBS can’t confront Hizballah in Lebanon without Israel. The Daily Mail did not reveal how Israel sees this proposition – only that the prince has a Plan B:  to fight Hizballah in Syria. Neither did its source explain how this would come about amid a crumbling Syrian insurgency.
DEBKAfile’s Middle East sources note that rumors of King Salman’s imminent abdication and handover to his son Muhammad have been around for some time and are credible, given the monarch’s failing health. Many of the hundreds of high-profile figures he placed under detention on Nov. 4 are opposed to his accession.

That the Crown Prince will focus on Iran is also credible – except that more than a year ago, he declared that Saudi Arabia was at war with the Islamic Republic in Yemen and it is not going very well. The Saudis and their allies, the UAE, are stuck in a standoff with the Iranian-backed Yemeni Houthi rebels. Iran moreover threatens their ports and capital cities with missile strikes. However, when the Houthis fired a ballistic missile supplied by Iran at Riyadh international Airport on Nov. 4, Prince Muhammad called it an act of war.

He is turning to Israel and its armed forces, not just as the only reliable military and intelligence force capable of handling the opening shots of the war on Iran, but out of their shared perception of Iran as the biggest threat to the Middle East. He moreover no longer expects active and determined participation in fighting Iran from the US under President Donald Trump. On this last point, Saudi Arabia and Israel are divided.
In an interview with the London-based, Saudi-owned news site Elaph – his first with a Saudi publication – that was published on the same day as the Daily Mail story, IDF Chief of Staff Lt. Gen Gady Eisenkot laid out what he thinks are Iran’s ambitions in the Middle East: “The Iranian plan is to control the Middle East by means of two Shiite crescents. The first from Iran through Iraq to Syria and Lebanon, and the second from Bahrain through to Yemen until the Red Sea,” he said, adding: “This is what must be prevented in the region.”

“With [US] President Donald Trump, there is an opportunity for a new international coalition in the region,” he said, citing the US, Arab nations including Saudi Arabia and Israel “for stopping the Iranian threat.” “We are ready to exchange experiences with moderate Arab countries and exchange intelligence to confront Iran,” he added. While the Israeli general stressed the importance of the Trump administration’s role in this effort, the Daily Mail’s Saudi source did not mention the United States at all.
So while the prince who may be crowned Saudi king next week and Israeli Prime Minister Binyamin Netanyahu agree that Iran is the biggest threat to the region and beyond, they are at odds on how to cut it down and who should lead the effort. Prince Muhammad’s thinking on this resembles the Israel’s approach to the Iranian threat five years ago, that if the IDF decided to go it alone, the Americans will jump in later. But today, Eisenkott reflected a different approach. He stressed in the interview that Israel “isn’t interested in a war now with the Iranian-backed Lebanese terror group Hizballah, despite Iranian attempts to bring about an escalation.”

Riyadh may take this as Israel’s reply to prince Muhammad’s plan: Several billion dollars will not persuade Israel to send the IDF to fight a war except in its direct national interest, even though Israel and Saudi leaders and military chiefs are in complete accord on the Iranian peril.

33 thoughts on “Saudi Prince Muhammad is on eve of accession, plans war on Iran, with Israeli attack on Hizballah”