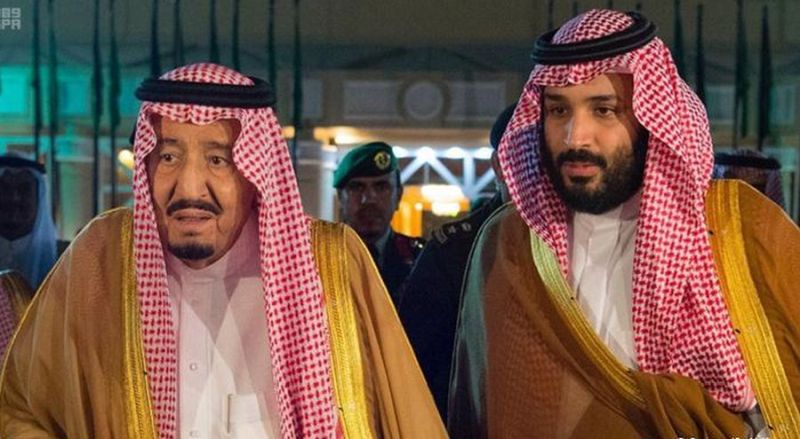 Safely assured of his father, the king’s support, Crown Prince Muhammed bin Salman (MbS) steered a meeting of the Saudi Political and Security Affairs Committee into filling key posts with his appointees. This reshuffle brought to light five keys to the current balance of power in Riyadh:

1. King Salman bin Abdulaziz has firmly put the murder of the Saudi dissident journalist Jamal Khashoggi behind him and is telling the world that Riyadh has gone back to business as usual.

2. The king is still solidly behind his son and heir, Crown Prince Muhammad and his domestic and foreign policies.

3. The king, like his predessors, fiercely rejects all foreign interference in the Saudi royal order of succession – even by the United States and least of all by Turkey. Hence Salman’s fight against outside attempts to oust MbS as first in line to the throne.

4. All the new appointees to key positions are contemporaries of the crown prince, i.e. third generation of the founding father Ibn Saud, and he feels he can count on their loyalty.

5. The king acknowledges that a number of princely factions oppose the crown price, including some royals who have chosen to live overseas. While continuing his efforts to win them over, Salman is avoiding a major clash by withholding the name of MbS’s successor.

The list of new appointees was released outside the kingdom on Dec. 27 – but not at home. DEBKA Weekly’s Saudi specialists identify most as loyalists of the crown prince. The exception is Prince Miteb bin Abdullah, son of the previous king, reported to have been appointed a minister of state. This is not confirmed by our sources. Mitab is one of MbS’ most prominent rivals. He was one of the wealthy princes and tycoons whom MbS ordered imprisoned at the Ritz-Carlton of Riyadh in November 2017 and stripped of their fortunes for the royal treasury. Mitab’s appointment to high office would have signified the breakup of one of the strongest pockets of resistance to the crown prince – and there is no sign that this has happened.

Here are the most important new appointments:

Musaid al-Aiban, a Harvard-educated member of the royal court, who is close to the crown prince, has been given the new position of national security adviser.

Prince Abdullah bin Bandar, a cousin of MbS, is the new minister of the National Guard. He replaces Prince Muqrin bin Abdulaziz, whom the king tried and failed to win over to supporting his son. Muqrin no longer stirs up active opposition to the crown prince but still refuses to accept him.

Ibrahim al-Assad, a minister of state and former finance minister, is the new foreign minister. Totally inexperienced in diplomacy and foreign affairs, he comes from the world of finance and will require extensive tutoring for his new job. This is where the outgoing foreign minister Adel Al-Jubeir comes in. Rather than being demoted as some have reported, DEBKA Weekly’s analysts say he has been moved sideways as Minister of State for Foreign Affairs. MbS has decided he wants younger men in his close circle of government – not men who are close to retirement. They expect Al-Jubeir, a long-serving ambassador to the US, to be given the task of mentoring Al-Assad and inducting him in the arts of international diplomacy.

Turki al-Sheikh has been moved from the Sports Authority to the Entertainment Authority. The importance of the latter post cannot be overstated. MbS is determined to make the kingdom a tourist magnet through revolutionary reforms which open this austerely reclusive Muslim country to the outside world with entertainment attractions.

At the same time, nearly two years after Prince Muhammed rose to power, he still can’t crack a major dilemma, the big gap in his list of appointments, that of his successor as second in line to the throne.

This gap is unprecedented in the short history of the Saudi monarchy where an orderly, consensual line of succession has always been a bulwark of stable rule. It denotes the failure of King Salman and his son to rally majority support behind the crown prince from the thousands of princes, who dislike both his personality and his policies. For the most part, the opposition factions in the royal house refrain from direct action against MbS. But they also make sure not to help him. Their passive resistance is betokened by their refusal to confirm a candidate to the missing post of successor to the crown prince and has yet to be overcome.