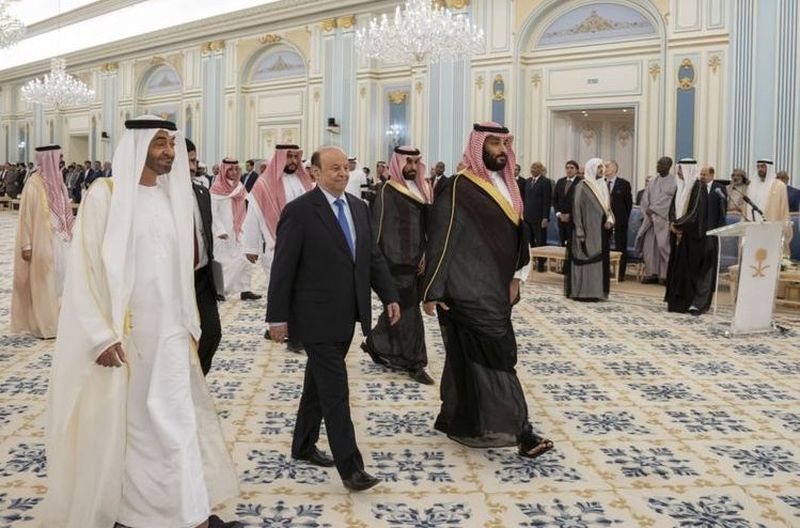 If fully implemented, the Riyadh Agreement signed on Tuesday, Nov. 5 between the Yemeni government and the pro-Secession Southern Transitional Council (STC) will grant Saudi Arabia comprehensive responsibility for southern Yemen, politically, militarily and its security, after the United Arab Emirates agreed to relinquish control of its local proxies.

This is a personal coup for Saudi Crown Prince Mohammed bin Salman (Mbs), who chased fruitlessly for four years after a military breakthrough in the civil war between the government and the Houthi insurgents. Now, as de facto protector-in-chief of the south, including the strategic port of Aden, the Saudi prince holds a strong card for peace negotiations with the Houthi insurgents, who control the north and Sanaa the capital.

Saudi Arabia and the UAE entered the Yemen civil war as supporters of President Abdrabbuh Mansur Hadi, who lives in exile in Riyadh, and was challenged by the Houthi armed movement, backed and armed by Iran. The war sunk ever deeper in an inextricable quagmire of death and starvation.

The Riyadh Agreement offers a hitherto evasive format for ending Yemen’s horrific civil war: partition. It would enable the Houthis to manage their own state in the north, while the Yemeni government together with the STC would govern the south as a Saudi protectorate. Many obstacles lie ahead of deal, but a positive sign was glimpsed in the Houthis’ recent efforts to show they are distancing themselves from their patrons in Tehran.

The first obstacle was removed when two young Arab crown princes, MbS and the United Arab Emirates’ Sheikh Mohammed Ziyad (MbZ) – allies turned rivals in the Yemen war – got together for a deal. The Saudis never trusted the UAE prince to keep faith as an ally against Iran’s Yemen proxies. They looked askance at his pacts with the STC and the Hadhramaut tribes. The Saudis suspected MbZ of using his partnership with Riyadh less for beating back the Houthis and winning the war, and rather as a handle for capturing south Yemen’s coasts and ports as high-value territorial gains.

Last June, there was a sudden cooling in the UAE ruler’s territorial ambitions, which had reached far beyond Yemen, to the Horn of Africa, the Red Sea region and the Mediterranean, where the Gulf emirate became embroiled in the Libyan war. He appeared then to have jumped to the conclusion that he was biting off more than the Emirates could chew and putting their domestic and economic stability at risk. (See DEBKA Weekly 854 of July 5: The UAE folds its military tents in Yemen, Sudan and Syria. Libya is next)

MbZ has recently set about pulling his troops out of additional acquisitions, the strategic island of Socotra in the Gulf of Aden opposite Somalia and, on Oct. 28, Zuqar Island, part of the Hanish Red Sea archipelago, which is located between mainland Yemen and Eritrea. While pulling in his territorial horns, the UAE ruler opened direct communications with Tehran to thaw the military tensions and hostility between Abu Dhabi and Tehran. However, it was his willingness to hand over South Yemen to the Saudi Crown Prince that brought a ray of light to the impasse over the Yemen crisis.