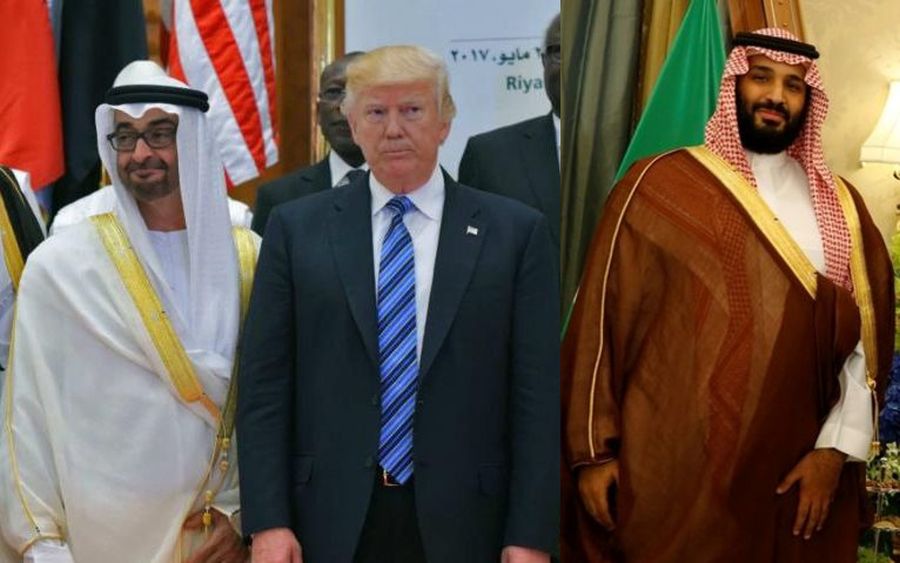 The UAE and Saudi Arabia have quietly embarked on talks with Tehran, after waiting in vain for two months for US forces to punish Iran for attacking their oil facilities. DEBKAfile’s sources report that Gulf states, led by the United Arab Emirates and Saudi Arabia, have concluded that the Trump administration’s goals are not consistent with their own. An official in Abu Dhabi commented this week: “If this [negotiations with Iran] is what Washington is after, we have no interest in participating in his maritime security coalition plan for the Gulf, since its deterrent power will be extremely limited.”

The US-led coalition force has indeed been slow to take off because it is either spurned or ignored by most of the governments invited to join.
The UAE crown prince Sheikh Muhammed bin Ziyad (MbZ) was the first to break away for an independent initiative. DEBKAfile’s intelligence sources report that a UAE delegation arrived in Tehran on July 30 to meet Iranian leaders first time in six years of animosity. They discussed the security of navigation in the Gulf, the Strait of Hormuz and the gateway to the Red Sea through the Straits of Abu Mandeb. According to our sources, Abu Dhabi marked the rapprochement by withdrawing its military forces from Yemen and handing over the islands in the mouth of Mandeb and a section of the Saudi western shore to a Yemeni militia, some of whose members were once associated with the pro-Iranian Houthi insurgents.
These developments encouraged Tehran, our exclusive sources report, to turn secretly to Saudi Crown Prince Muhammed Bin Salman and propose positive talks like those underway with the UAE. There are first signs that MbS is seriously considering the offer.

This flip flop by Washington’s two senior allies in the Gulf reduces the Trump Administration’s levers against Tehran to sanctions. Iran has meanwhile managed to break out of the international isolation imposed by the US.

This turn of events bears heavily on Israel’s drive against Iran and the personal standing of Prime Minister Binyamin Netanyahu at a time that he is leading his Likud party in a campaign for re-election in September.

The Netanyahu-Trump strategic partnership and its ties with the Gulf Arab lineup against Tehran are critical elements for showcasing in his campaign. The turnabout in the Gulf, when it sees the light of day, may put the prime minister on the spot. He will have to explain why Israel has come out as the only nation in the region willing to engage Iran militarily and how come he has lost the active backing of Washington, Riyadh or Abu Dhabi. His most likely option will be to talk up the economic and tech aspects of the ties he has developed with Gulf nations as the strongest element of the alliance.