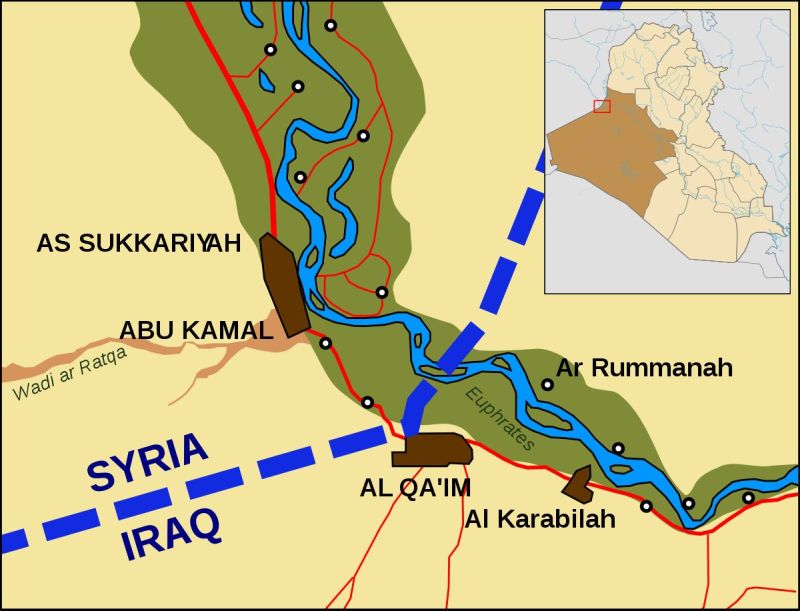 Saudi Arabia and Israel have quietly launched their first joint operation against Iran and its Iraqi Shiite militia pawns, a new, epic and undisclosed turn of events in the crisis surrounding the Islamic Republic. This is revealed exclusively here by DEBKA Weekly’s military sources.

On Sept 8, their combined air forces bombarded the Iranian Al Qods Brigades and Iraqi militia forces, which had established themselves around the border towns of Abu Kamal in Syria and Al Qaim in Iraq. F-16 and F-16 fighter jets along with various types of UAVs pummeled those targets for 10 straight days up until Sept. 17.

There was no direct involvement by the US forces stationed in Syria and Iraq, only US air cover hovering over the Saudi-Israel aerial operation and a flow of intelligence data

Wave after wave of Israeli and Saudi warplanes were in action around the clock, withdrawing every few hours for drones to take over. The bombardment forced Al Qods and Iraqi militia fighters to run for their lives from place to place in search of shelter. An estimated 150 Iranian and Iraqi militiamen were killed and several hundred injured. Wiped out totally or partially was the military infrastructure Iran had laid down across the Syrian-Iraqi border. It consisted of command centers, bases, outposts, missile and ammo stores and new paved roads for border crossings.

Iran’s shattering cruise missile-drone assault on Saudi oil installations on Saturday, Sept. 14 came at a peak moment of the Israeli-Saudi air assault on its military assets in Syria and Iraq. The Abqaiq refinery and Khurais were smashed with a zeal so much more intense in revenge for the depredations inflicted on the strongholds Iran had erected for exercising control over the Syrian-Iraqi border.

This concatenation of events convinced the Trump administration to hold off on direct US military action against Iran, preferring to let the Saudi-Israel offensive run its course and seeing no need for US intervention at this stage.

This event was seminal in terms of Middle East military and political history:

1. Israeli and Saudi Arabia were fighting together for the first time against Iran.

2. For its military partnership with Israel, Riyadh decided to forgo recourse to its traditional alliances with the US and the United Arab Emirates. A columnist of the official Saudi Okaz newspaper wrote on Tuesday, Sept. 18 under the subtitle: “hint, hint, and clearly: We have no allies except ourselves,” the following comment: “We’re on our own, and we must act accordingly. The allies of yesterday are no longer the same.”

3. Only a small number of Israeli officials employed in military intelligence knew that a major Middle East mold had been cracked down the middle by the new military partnership with the oil kingdom. After decades of being isolated as an alien entity in the region, Israel was catapulted by this event for the first time into the heart of inter-Arab politics and inter-Islamic controversy.